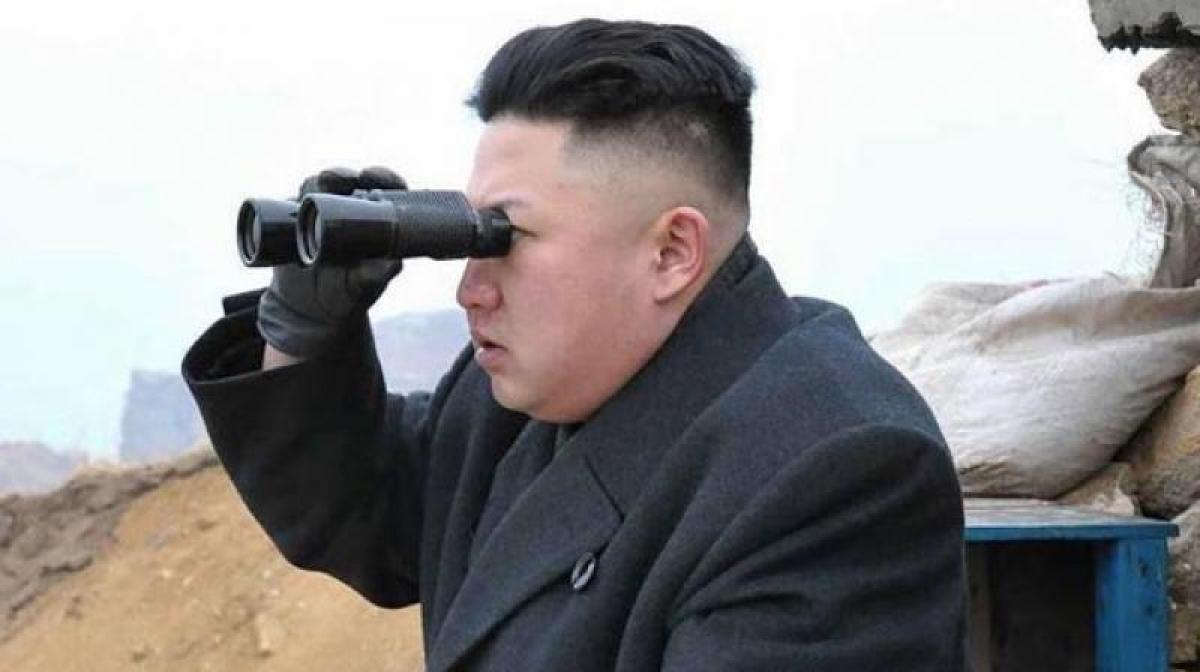 It is in Kuala Lumpur\'s \"Little India\" neighbourhood, behind an unmarked door on the second floor of a rundown building, where a military equipment company called Glocom says it has its office.

It is in Kuala Lumpur's "Little India" neighbourhood, behind an unmarked door on the second floor of a rundown building, where a military equipment company called Glocom says it has its office.

Glocom is a front company run by North Korean intelligence agents that sells battlefield radio equipment in violation of United Nations sanctions, according to a United Nations report drafted for the Security Council seen by Reuters.

Reuters found that Glocom advertises over 30 radio systems for "military and paramilitary" organisations on its Malaysian website, glocom.com.my.

Glocom’s website, which was taken down late last year, listed the Little India address in its contacts section. No one answers the door there and the mailbox outside is stuffed with unopened letters.

In fact, no company by that name exists in Malaysia. But two Malaysian companies controlled by North Korean shareholders and directors registered Glocom's website in 2009, according to website and company registration documents.

And it does have a business, the draft U.N. report says. Last July, an air shipment of North Korean military communications equipment, sent from China and bound for Eritrea, was intercepted in an unnamed country. The seized equipment included 45 boxes of battlefield radios and accessories labelled "Glocom", short for Global Communications Co.

A spokesman for North Korea's mission at the U.N. told Reuters he had no information about Glocom.

U.N. resolution 1874, adopted in 2009, expanded the arms embargo against North Korea to include military equipment and all "related materiel".

But implementation of the sanctions "remains insufficient and highly inconsistent" among member countries, the U.N. report says, and North Korea is using "evasion techniques that are increasing in scale, scope and sophistication.”

Malaysia is one of the few countries in the world which had strong ties with North Korea. Their citizens can travel to each other’s countries without visas. But those ties have begun to sour after North Korean leader Kim Jong Un’s estranged half-brother was murdered at Kuala Lumpur’s international airport on Feb 13.

According to the "WHOIS" database, which discloses website ownership, Glocom.com.my was registered in 2009 by an entity called International Global System using the "Little India" address. A similarly named company, International Golden Services is listed as the contact point on Glocom's website.

Glocom is operated by the Pyongyang branch of a Singapore-based company called Pan Systems, the draft U.N. report says, citing an invoice and other information it obtained.

Louis Low, managing director of Pan Systems in Singapore said his company used to have an office in Pyongyang from 1996 but officially ended relations with North Korea in 2010 and was no longer in control of any business there.

"They use (the) Pan Systems (name) and say it's a foreign company, but they operate everything by themselves," Low told Reuters referring to the North Koreans at the Pyongyang office.

One of the directors of Pan Systems Pyongyang is Ryang Su Nyo. According to a source with direct knowledge of her background, Ryang reports to "Liaison Office 519”, a department in the Reconnaissance General Bureau. Ryang is also listed as a shareholder of International Global System, the company that registered Glocom's website.

On one such trip in February 2014, she and two other North Koreans were detained in Malaysia for attempting to smuggle $450,000 through customs at Kuala Lumpur's budget airport terminal, two sources with direct knowledge of the situation told Reuters.

The North Korean trio told Malaysian authorities they all worked for Pan Systems and the cash belonged to the North Korean embassy in Kuala Lumpur, according to the two sources.

The Malaysian Attorney General decided not to press charges because of insufficient evidence. A week later, the trio was allowed to travel, and the North Korean embassy claimed the cash, the sources said. All three had passports assigned to government officials, the sources said.

Malaysia's Customs Department and the Attorney General's office did not respond to requests for comment over the weekend.

The Pan Systems representative in Kuala Lumpur is a North Korean by the name of Kim Chang Hyok, the U.N. report says.

Kim, who also goes by James Kim, was a founding director of International Golden Services, the company listed in the contacts section of the Glocom website. Kim is director and shareholder of four other companies in Malaysia operating in the fields of IT and trade, according to the Malaysian company registry.

He did not respond to requests for comment by mail or email.

The United Nations panel, which prepared the draft report, asked the Malaysian government if it would expel Kim and freeze the assets of International Golden Services and International Global System to comply with U.N. sanctions. The U.N. did not say when it made the request.

"The panel has yet to receive an answer," the report said.

Reuters has not received a response from the Malaysian government to repeated requests for comment about Glocom.

One of Glocom's early partners in Malaysia was Mustapha Ya'akub, a prominent member of Malaysia's ruling United Malays National Organisation (UMNO). Since 2014, he has been listed as a director of International Golden Services

As secretary of the UMNO youth wing's international affairs bureau, Mustapha fostered political connections in the 1990s with countries, such as Iran, Libya and North Korea. Glocom's Little India address once housed a company owned by UMNO Youth.

Mustapha, 67, said he had been a Glocom business partner "many years back" and said it has been continuously controlled by several North Koreans, including Kim Chang Hyok, whom he said he knew. He did not divulge his role in the company, and denied any knowledge of Glocom’s current business.

"We thought at the time it might be a good idea to go into business together," Mustapha told Reuters about his first meeting with his North Korean business contacts. He did not say who those contacts were or what they discussed. He denied any knowledge of Glocom's current business.

Glocom advertises and exhibits its wares without disclosing its North Korean connections.

"Anywhere, Anytime in Battlefield," reads the slogan on one of several 2014 Glocom catalogues obtained by Reuters.

An advertisement in the September 2012 edition of the Asian Military Review said Glocom develops radios and equipment for "military and paramilitary organisations".

A spokesman for the magazine confirmed the ad had been bought by Glocom, but said the magazine was unaware of its alleged links to North Korea.

At DSA 2016, Glocom paid 2,000 ringgit ($450) to share a table in the booth of Malaysia's Integrated Securities Corporation, its director Hassan Masri told Reuters by email.

Hassan said he had nothing to do with Glocom's equipment and was unaware of its alleged links to North Korea.

Aside from the North Koreans behind Glocom, clues on its website also point to its North Korean origins.

For instance, one undated photo shows a factory worker testing a Glocom radio system. A plaque nearby shows he has won a uniquely North Korean award: The Model Machine No. 26 Prize," named in honour of late leader Kim Jong Il, who is said to have efficiently operated "Lathe No. 26" at the Pyongyang Textile Factory when he was a student.