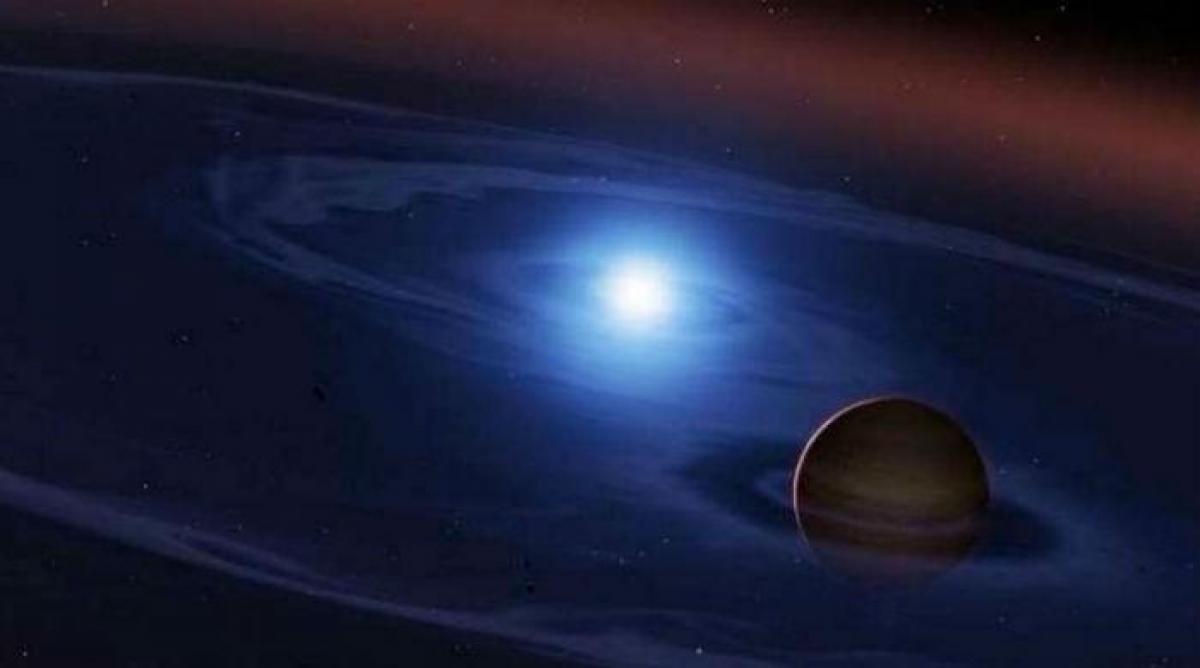 Astronomers on Monday said they had found hints of a planetary system closely resembling that of Tatooine, the home of Star Wars jedi Luke Skywalker, orbiting a duo of suns.

Astronomers on Monday said they had found hints of a planetary system closely resembling that of Tatooine, the home of Star Wars jedi Luke Skywalker, orbiting a duo of suns.

The evidence came in the form of seemingly rocky debris orbiting two stars, a white dwarf and a brown dwarf, in a system called SDSS 1557 some 1,000 light years away.

The "debris appears to be rocky and suggests that terrestrial planets like Tatooine.... might exist in the system," said a statement from University College London (UCL), which took part in the study. All other planets discovered orbiting double stars have been gas giants similar to Jupiter.

Now in SDSS 1557, a team has found planetary material with a high metal content, including silicon and magnesium, which is more common to rocky worlds.

Building rocky planets around two suns is difficult, according to Jay Farihi from UCL, the study's lead author. The gravity of each star exerts push and pull forces, preventing bits of rock and dust sticking together and growing, as in the usual planet-building process.

"With the discovery of asteroid debris in the SDSS 1557 system, we see clear signatures of rocky planet assembly," said Mr Farihi.

In our own Solar System, the asteroid belt contains left-over building blocks from the rocky planets Mercury, Venus, Earth and Mars. These rocks are studied to better understand how potentially habitable planets are formed.

The same approach was used to analyse the SDSS 1557 system, where planets cannot yet be detected directly, the astronomers said. The discovery came as a "complete surprise," added the team, who assumed the system contained a single star, a white dwarf, only to discover a brown dwarf hidden in the asteroid dust.
"But when we observed SDSS 1557 in detail, we recognised the brown dwarf's subtle gravitational pull on the white dwarf," said Steven Parsons of the University of Sheffield.

The team studied the system by measuring different wavelengths of light, or spectra, using two large telescopes based in Chile. In the Star Wars saga, Tatooine is a desert planet circling two suns, and with three moons of its own.