US Republicans Lack Agreement On Obamacare Ahead Of Donald Trump Speech 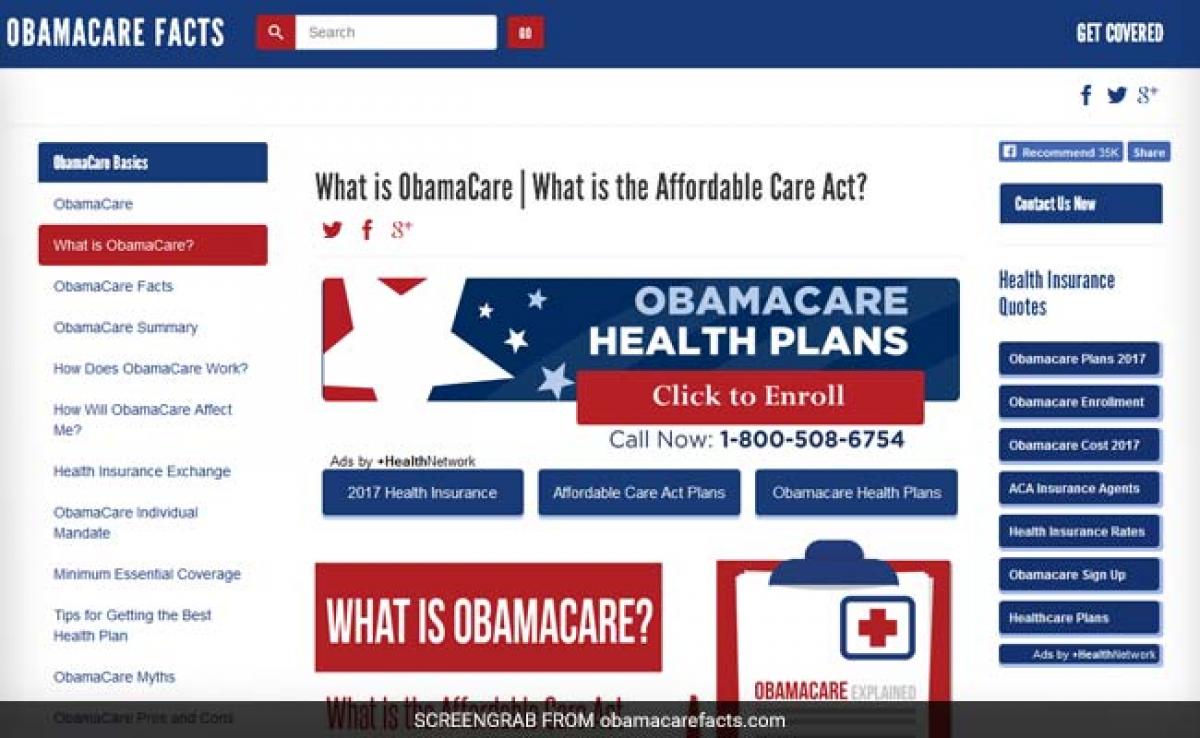 The White House and Congress lacked agreement on a plan to repeal and replace Obamacare on Tuesday amid signs of growing Republican division on the issue, as President Donald Trump prepared to address lawmakers about his 2017 agenda.

The White House and Congress lacked agreement on a plan to repeal and replace Obamacare on Tuesday amid signs of growing Republican division on the issue, as President Donald Trump prepared to address lawmakers about his 2017 agenda.

Republicans, who control the White House and Congress, are in agreement in their opposition to former Democratic President Barack Obama's signature healthcare law but the details are proving knotty.

House of Representatives Speaker Paul Ryan and Senate Republican leader Mitch McConnell said separately that an effort was under way to get both chambers and the White House to agree on a plan to eliminate and replace the Affordable Care Act.

"We're not there yet," McConnell told reporters, hours before Trump was due to address a joint session of Congress.

"There's a lot of discussion about how to craft that, what combination of legislation and regulation will get us to where we want to get," he said.

Meanwhile, Republican conservatives in the House signalled resistance to replacement draft legislation that would limit tax breaks on some employer-sponsored healthcare plans and offer tax credits based on age rather than income to help consumers buy insurance.

"It's a new entitlement program," said Representative Mark Meadows of North Carolina, chairman of a 40-member bloc of Republican lawmakers known as the House Freedom Caucus.

"It raises taxes on the middle class to give subsidies to others who could indeed be millionaires," he added. "It also comes down to a plan that doesn't reduce the cost of healthcare."

Ryan had promised legislation on Obamacare after lawmakers returned to Washington this week from a 10-day recess.

On Tuesday, he told reporters that the White House, Senate and House were working on a single plan to repeal and replace the healthcare law. He insisted there were no rival plans.

"At the end of the day, when we get everything done and right, we're going to be unified on this," Ryan said.

Meadows said it would become clear within 48 hours whether the draft has enough support to pass the House.

He said he supported a different bill introduced by Senator Rand Paul of Kentucky and Representative Mark Sanford of South Carolina.

That bill would expand the use of health savings accounts (HSAs) to pay for healthcare costs and offer tax credits to people who contribute to HSAs.

Another Freedom Caucus member, Representative Jim Jordan of Ohio, said he also favoured the replacement bill put forward by Paul and Sanford. "We could bring back affordable health insurance," he said.