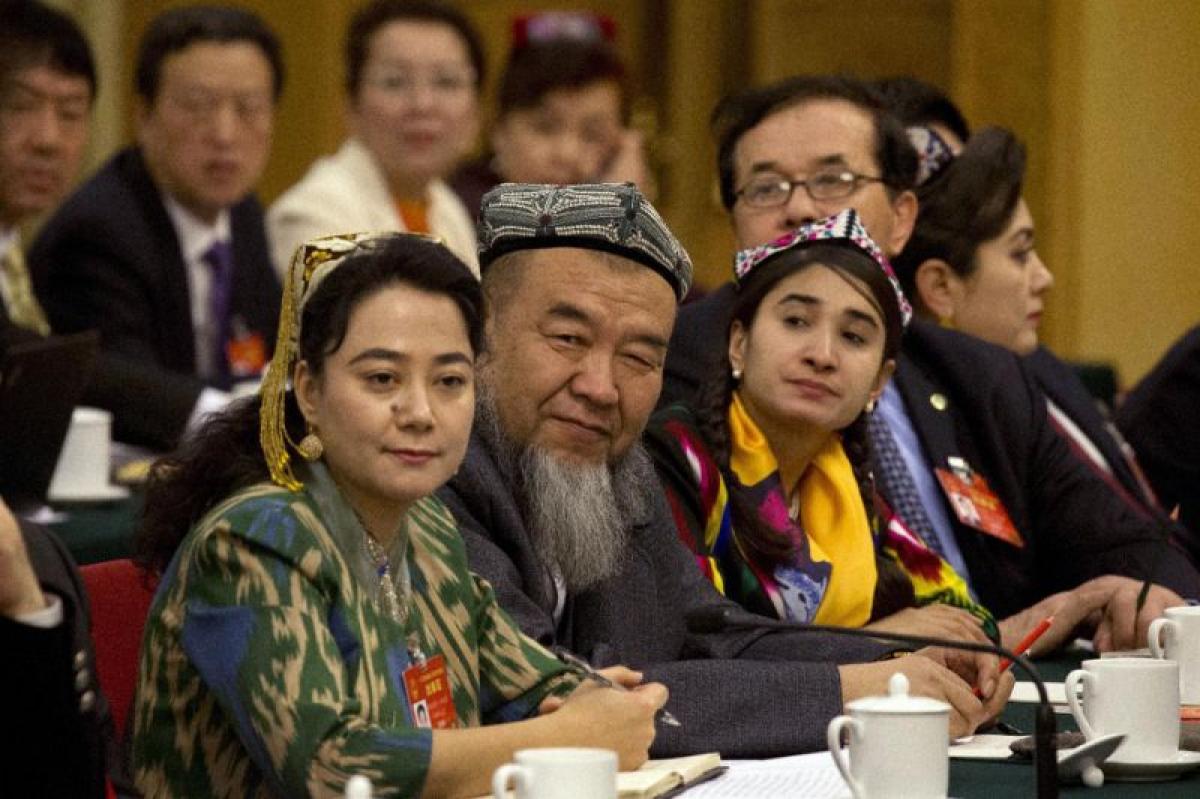 Chinese officials are issuing new warnings about the specter of global religious extremism seeping into the country, following reports of fighters from China\'s Muslim minority fighting alongside militants in Syria and Iraq.Sharhat Ahan, a top political and legal affairs party official in Xinjiang, on Sunday became the latest official from a predominantly Muslim region to warn about

Chinese officials are issuing new warnings about the specter of global religious extremism seeping into the country, following reports of fighters from China's Muslim minority fighting alongside militants in Syria and Iraq.Sharhat Ahan, a top political and legal affairs party official in Xinjiang, on Sunday became the latest official from a predominantly Muslim region to warn about

China becoming destabilized by the "international anti-terror situation' and calling for a "people's war."Over the past year, President Xi Jinping has directed the party to "Sinicize" the country's ethnic and religious minorities, while regional leaders in Xinjiang, home to the Uighur (pronounced WEE-gur) ethnic minority, have ramped up surveillance measures, police patrols and demonstrations amid an uptick in violence blamed on Islamic separatists.

Although some scholars question whether global jihadi networks have indeed penetrated the country, top Chinese officials, including those overseeing areas outside Xinjiang, are increasingly echoing certain strands of international discourse to back up claims that Islamic extremism is growing worldwide and needs to be rolled back.

Officials from Ningxia Hui Autonomous Region — which has an ethnic Hui population that is predominantly Muslim but, unlike Xinjiang, rarely sees separatist or religious violence — warned similarly this past week about the perils of Islamic extremism. Speaking at a regional meeting open to the media, Ningxia Communist Party secretary Li Jianguo drew comparisons to the policies of President Donald Trump's administration to make his point.

"What the Islamic State and extremists push is jihad, terror, violence," Li said. "This is why we see Trump targeting Muslims in a travel ban. It doesn't matter whether anti-Muslim policy is in the interests of the U.S. or it promotes stability, it's about preventing religious extremism from seeping into all of American culture."

Wu Shimin, a former ethnic affairs official from Ningxia, said that ideological work must be strengthened in the region to promote a Chinese identity among its Hui population, the descendants of Muslim traders plying the Silk Road centuries ago.

Mohammed al-Sudairi, a doctoral student at the University of Hong Kong and an expert on Islam in China, said the comments by Ningxia party officials reflected the increasingly anti-Islamic rhetoric that has been rolled out over the past year by the top leadership in Beijing.
"There's a strengthening trend of viewing Islam as a problem in Chinese society," al-Sudairi said. "Xi Jinping has been quite anxious about what he saw as the loss of party-state control over the religious sphere when he entered power, which necessitated this intervention. I don't think things will take a softer turn."
In Xinjiang, where hundreds of people have died in recent years in violent attacks, the government's rising rhetoric has coincided with new security measures that activists say exacerbate a cycle of repression, radicalization and violence. The government, meanwhile, says Xinjiang faces a grave separatist threat from Uighur fighters linked to al-Qaida and the Islamic State group, though it provides little evidence for such claims.

IS released a video in late February purportedly showing Uighur fighters training in Iraq and vowing to strike China, according to the SITE Intelligence Group.
On Sunday, a delegation of Xinjiang leaders appeared at a news conference at Beijing's Great Hall of the People, but absent was the region's new top leader, Chen Quanguo, who has led a series of high-profile anti-terror rallies that have involved phalanxes of police and armored vehicles rumbling through the streets of the regional capital. As was the case for several other regions and provinces, most of the Xinjiang delegation's meetings were conducted with top Chinese leaders behind closed doors this past week, according to state media reports.

On Friday, Xi met with Xinjiang officials, according to state media, and directed them to safeguard the region's stability by erecting a metaphorical "great wall of iron."It was a reference loaded with historical and martial overtones: Former Chinese leader Deng Xiaoping praised the People's Liberation Army as a "great wall of iron and steel" in June 1989, days after the military quashed a pro-democracy protest in Tiananmen Square in a bloody assault.