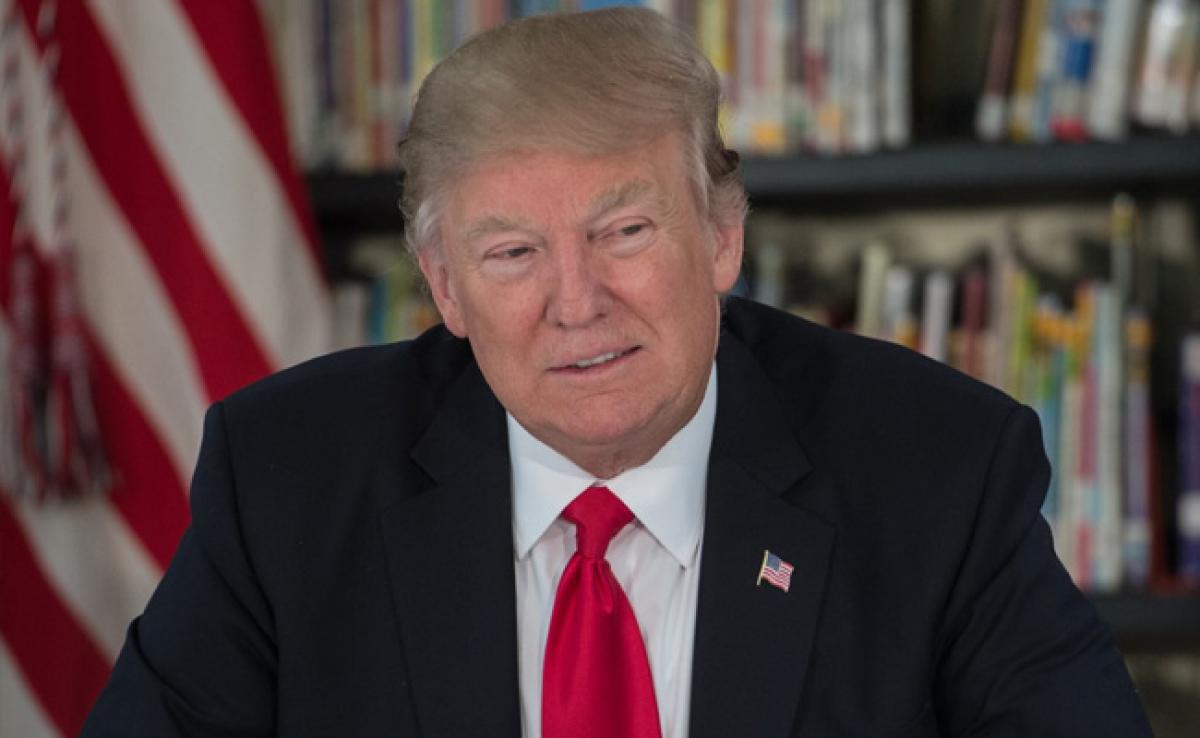 President Donald Trump is open to adapting a proposed replacement for Barack Obama\'s health care law, his political allies said Sunday, insisting that the measure -- which is facing serious Republican pushback -- is merely a \"framework.\"

President Donald Trump is open to adapting a proposed replacement for Barack Obama's health care law, his political allies said Sunday, insisting that the measure -- which is facing serious Republican pushback -- is merely a "framework."

Uprooting Obamacare -- the Democratic president's crowning domestic achievement -- has been at the top of the agenda not just for Trump, but for congressional Republicans who have held numerous votes over the years to try to repeal it.

Finally in control of the House, the Senate and the White House after November's elections, Republicans at last are in prime position to realize their stated goal -- to gut what is formally known as the Affordable Care Act.

But sharp internal divisions have emerged as they try to draft a plan that will pass muster with both moderates and conservatives in the party, while also winning over the largely white, blue-collar voters who put Trump in the White House.

Speaking Sunday on NBC, Health and Human Services Secretary Tom Price said the administration "strongly" supports the plan, calling it a "regulatory opportunity to modify the system in a way that works for patients."

But Mick Mulvaney, Trump's director of the federal Office of Management and Budget, promised on Sunday that Trump would be willing to consider changes.

"This is the framework. This is the bill the president has looked at and said, yes, this is what will work," Mulvaney told ABC.

He insisted that the draft currently on the table -- which has been roundly criticized by opponents on the left and the right -- is meant to be a work in progress, not the final product.

House Speaker Paul Ryan echoed those thoughts, telling CBS News in a weekend interview: "Negotiations and compromises occur when you're writing law. And what we're seeing and hearing is just that."

Trump vowed on the campaign trail to get rid of Obamacare and replace it with a program that offers better care more affordably, and covers everyone who needs health insurance.

In his weekly media address, the billionaire businessman-turned-president portrayed the current system as riddled with problems.

"Through seven long years of botched rollouts, soaring costs, cancelled plans, and bureaucratic mandates, Americans have called out for relief. And relief is what we are determined to give them," the US leader said, offering a characterization of the law strongly rejected by Democrats.

"It will take our health care system all the way down with it. If we do nothing, millions more innocent Americans will be hurt -- and badly hurt. That's why we must repeal and replace Obamacare."

Conservative Republicans however say the bill drafted by House leaders is too expensive, and too much like the Democratic bill it aims to replace.

"As it's written today, this bill in the House of Representatives cannot pass the Senate. And I believe it would have adverse consequences for millions of Americans and it wouldn't deliver on our promises to reduce the cost of health insurance for Americans," Republican Senator Tom Cotton told ABC.

Democrats, meanwhile, say the Republican-backed bill does just the opposite, making health coverage more expensive and harder to come by for millions of America's poorest citizens.

They also complain that they have not been consulted on possible ways to improve Obamacare.

"Clearly, that would be great if they were coming with open hearts and saying, 'Hey, this is not perfect, let's fix it'," said Senator Cory Booker, a rising star in the Democratic party.

"The Republicans cannot just force this down our throats," Booker told CNN.

A bigger problem still, he said, is that it actually leaves working class Americans worse off than the bill it purports to improve.

"I don't understand their political strategy -- because this is bad politics. But, deeper than that, it is bad policy and bad process."