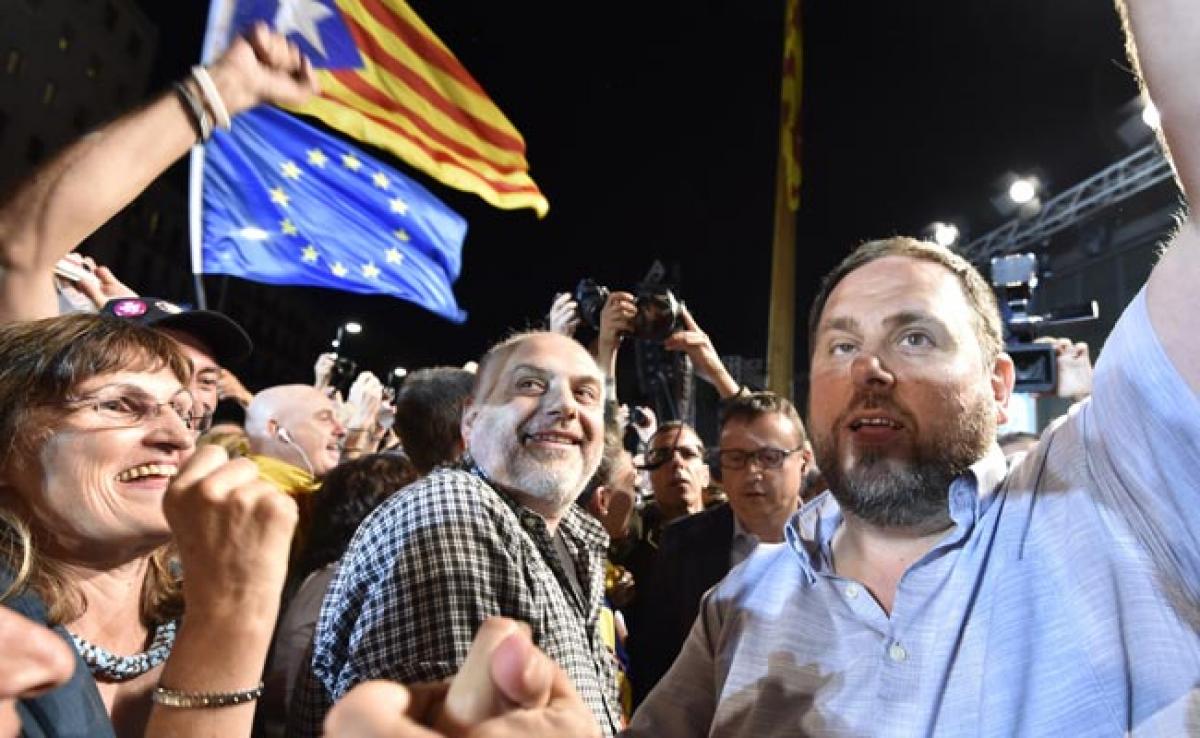 Catalonia\'s separatist government on Sunday again urged Spain\'s central government to let it hold a legal referendum on independence like the one Scotland staged in 2014 with London\'s approval.

Catalonia's separatist government on Sunday again urged Spain's central government to let it hold a legal referendum on independence like the one Scotland staged in 2014 with London's approval.

"The government of Britain and Scotland agreed on a referendum," the president of the regional Catalan government, Carles Puigdemont, and his vice president, Oriol Junqueras, wrote in a letter published in daily newspaper El Pais.

"And everything indicates that Scotland and Britain will once again agree on the celebration of a new referendum on independence."

Scotland's First Minister Nicola Sturgeon on Monday demanded a new independence referendum by early 2019, once the terms of Britain's exit from the European Union are clearer.

She is widely expected to get the Scottish parliament's support for her quest in a vote on Wednesday but still needs the agreement of the British government to proceed.

In Scotland's 2014 referendum, 55 per cent backed staying in the UK.

"The scenario of an agreed referendum is what we desire in Catalonia," the Catalan leaders wrote in their letter.

"We would like to recall that we have proposed it on various occasions. Today, despite the bad omens and the outright rejection of the Spanish government, we once again insist on it."

The government of Catalonia, a wealthy region in northeastern Spain that has its own distinct language and is home to 7.5 million people, has since 2010 sought to hold an independence referendum.

But Spain's conservative Prime Minister Mariano Rajoy has repeatedly ruled out giving the region a vote on independence, saying it would be illegal and against the constitution - a stance supported by the judiciary.

The Catalan government has vowed to hold an independence referendum by September - with or without the approval of the central government.

"We will do the unspeakable so that the citizens of Catalonia can vote in 2017 in an auto determination referendum," Puigdemont and Junqueras wrote.

Demands for autonomy have been fuelled by Spain's economic downturn, leading many to resent sending tax money to Madrid to prop up poorer regions.

Recent attempts by Madrid to interfere with Catalan education have further stoked passions as did a 2010 ruling by Spain's Constitutional Court that struck down part of a 2006 autonomy statute that recognised Catalonia as a "nation" within Spain.

Opinion polls show Catalans are evenly divided on independence, although the vast majority back a referendum.