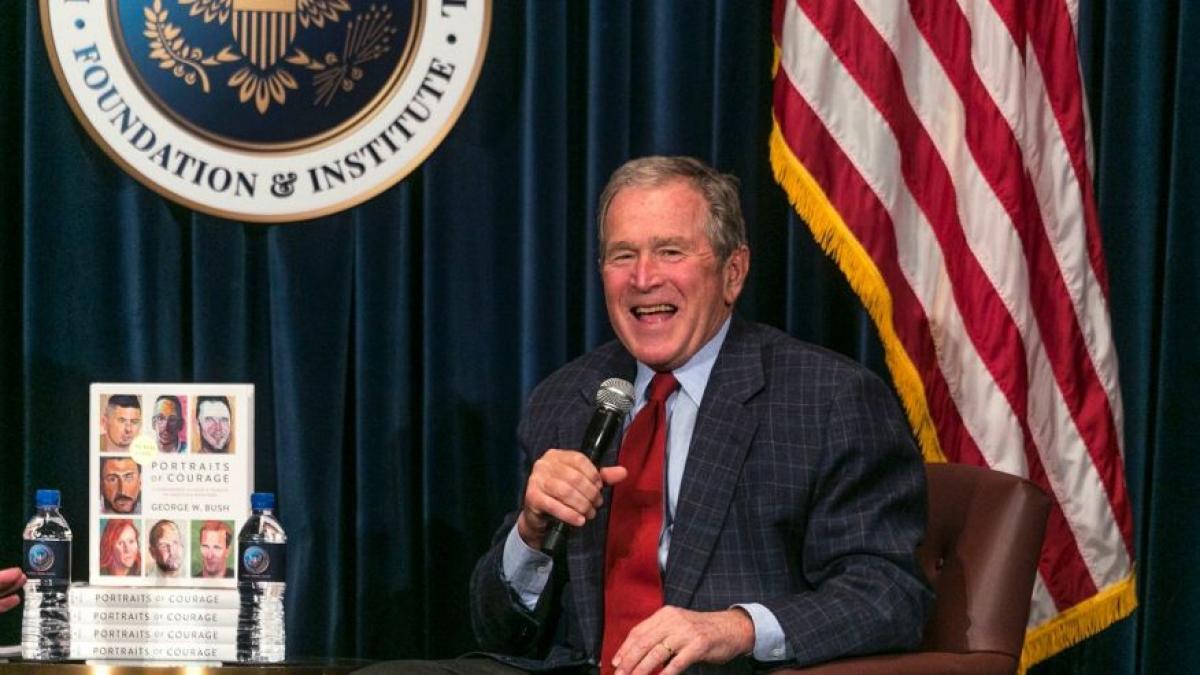 Published in late February, the book is at the top of the New York Times bestselling non-fiction category for the second week. It stands at number 18 of all books selling on Amazon.

A book collection of paintings of military veterans by former US President George W Bush has raced to the top of US bestseller lists. Subtitled "A Commander in Chief's Tribute to America's Warriors," the volume features 66 portraits of wounded or traumatized personnel he has met who served in the US Army in Iraq or Afghanistan following the terror attacks on September 11, 2001.

Published in late February, the book is at the top of the New York Times bestselling non-fiction category for the second week. It stands at number 18 of all books selling on Amazon.

Each portrait is accompanied by the veteran's story, written by Mr Bush, who wanted to "honor the sacrifice and courage of America's military veterans," his presidential center said on its website.

Mr Bush will donate his profits from the book to the nonprofit center, whose Military Service Initiative "works to ensure that post-9/11 veterans and their families make successful transitions to civilian life with a focus on gaining meaningful employment and overcoming the invisible wounds of war," the publisher Crown Publishing Group said in a statement.

Although the 43rd president has never voiced regret over launching the US-led wars in Afghanistan in 2001 and Iraq in 2003, which caused hundreds of thousands of civilian casualties, his book showcases his efforts to help some of the "remarkable men and women who were injured carrying out my orders," as he wrote on his Instagram account.

Some 2.5 million US military personnel have served in Afghanistan or Iraq since 2001. Of those, 6,896 service members were killed and more than 50,000 injured, according to a compilation of Defense Department data.