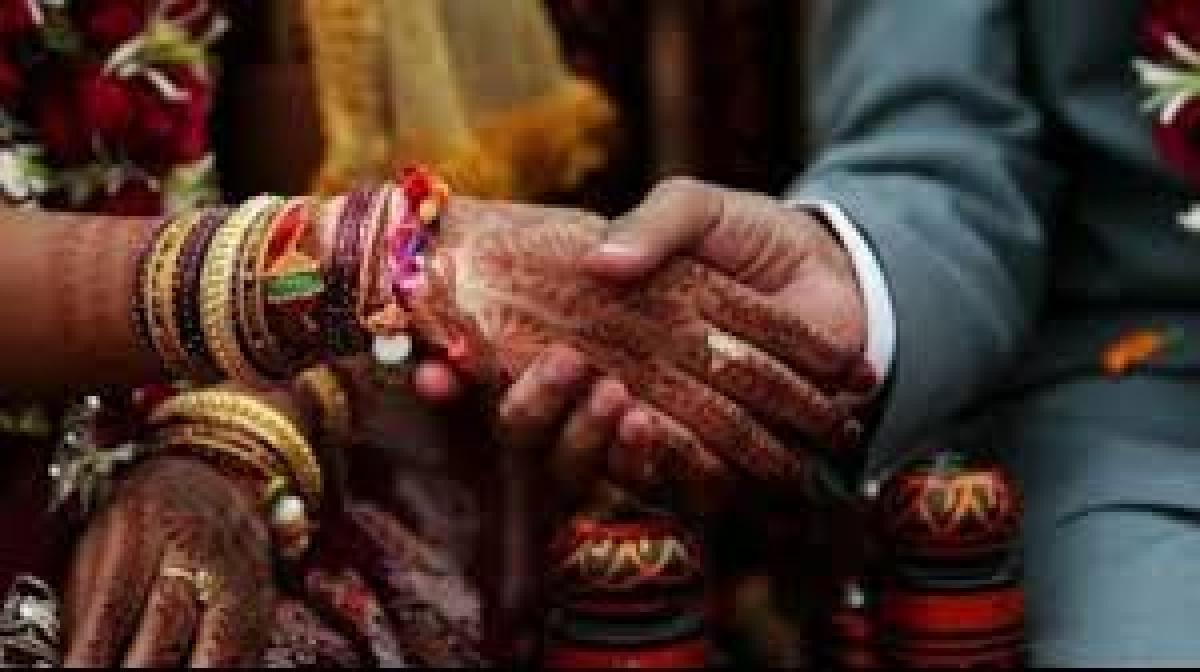 In a landmark development, the bill to regulate marriages of minority Hindus in Pakistan became a law on Sunday after President Mamnoon Hussain gave...

In a landmark development, the bill to regulate marriages of minority Hindus in Pakistan became a law on Sunday after President Mamnoon Hussain gave his approval

With the President's nod, Pakistan's Hindus got an exclusive personal law to regulate marriages

"On the advice of Prime Minister Nawaz Sharif, the President of the Islamic Republic of Pakistan has assented to the 'The Hindu Marriage Bill 2017'," a statement from the Prime Minister's Office said

The law aims to protect marriages, families, mothers and their children while safeguarding the legitimate rights and interests of Hindu families

"It is a consolidated law for solemnisation of marriages by Hindu families residing in Pakistan," the statement said

"They are as patriotic as any other community and, therefore, it is the responsibility of the state to provide equal protection to them," he said

The statement said the Hindu families will be able to solemnise marriages in accordance with the customary rites, rituals and ceremonies

According to the law, the government will appoint marriage registrars in areas convenient for the Hindu population for registration of their marriages

The law provides the right to a separated person to marry again, entitlement of re-marriage for a Hindu widow at her own will and consent after stipulated time, legitimacy of child born out of void and voidable Hindu marriage

The law also provides for punishments of imprisonment and fines up to Rs 100,000 or both for contraventions. All offences under this law could be tried in the court of a first class magistrate

The law was unanimously passed on March 10 by the National Assembly which endorsed amendments made by the Senate in February.

Viral video: Here is the other way to use JCB vehicle

Krishna river board team to visit Sagar, Srisailam from Feb 25 to...

Mahesh Babu To Work With Parashuram???

No Time For Crime As 'Sooryavanshi' Is Going To Release Soon
We use cookies for analytics, advertising and to improve our site. You agree to our use of cookies by continuing to use our site. To know more, see our Cookie Policy and Cookie Settings.Ok