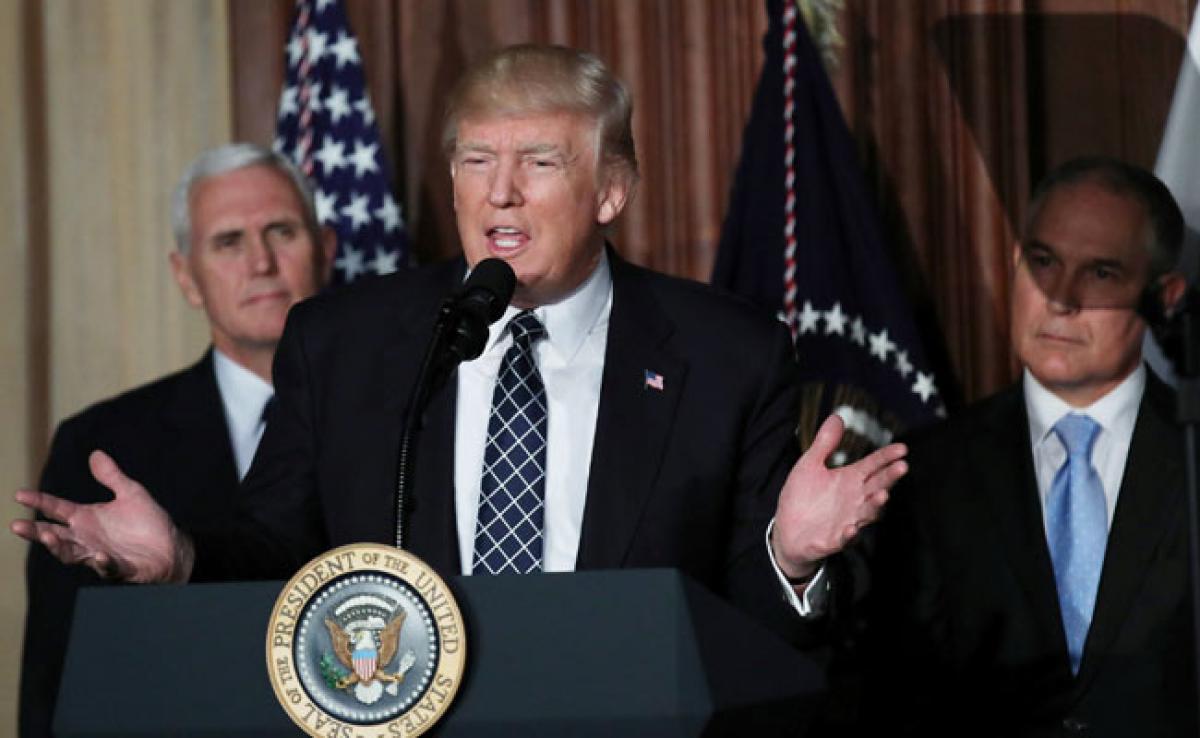 Blunt said the must-do funding \"comes together better\" without Trump\'s additional request for the border wall and military programs and could be considered \"at a later time.\"

President Donald Trump's call for $1.5 billion this year to help build a wall along the border with Mexico could be in jeopardy as fellow Republicans in Congress weigh delaying a decision on the request. Republican Senator Roy Blunt, a member of his party's leadership, told reporters on Tuesday that money for the wall likely would not be coupled with a spending bill that must pass by April 28 to avoid shutting down federal agencies whose funding expires then.

Blunt said the must-do funding "comes together better" without Trump's additional request for the border wall and military programs and could be considered "at a later time."

Democrats are threatening to block the bill funding federal agencies from April 29 to September 30, the end of the current fiscal year, if money for the border wall is included.

They object to one of Trump's premier 2016 campaign promises, saying it is poorly planned and that there are other border security measures already constructed or under consideration.

When he ran for president, Trump pledged Mexico would pay to build the wall, designed to keep illegal immigrants and drugs from entering the United States. The Mexican government has said it will not do so.

The initiative has also faced resistance among Republicans, including lawmakers representing some border towns. The federal government would have to purchase land in many locations in order to construct the edifice, which could make construction costs soar.

Reuters reported the wall could end up costing as much as $21.6 billion, far more than the $12 billion Trump cited.

Representative Mario Diaz-Balart also expressed skepticism about Congress' ability to approve funds for the wall, given the super-majority vote needed in the Senate for most major legislation.

Asked about the wall, Diaz-Balart, a senior member of the House of Representatives' Appropriations Committee and a leading voice on immigration policy, said: "I'm always willing to look at other things we can do to try to get that 60-vote threshold" on border and interior security.

Lawmakers said progress was being made on legislation to keep the government running beyond April 28.

House Speaker Paul Ryan removed another potential land mine on Tuesday when he said a Republican drive to end federal funding for women's healthcare provider Planned Parenthood would be best accomplished on legislation other than the upcoming funding bill.

Democrats have vowed to stop the must-do money bill if it ended Planned Parenthood's federal funds.