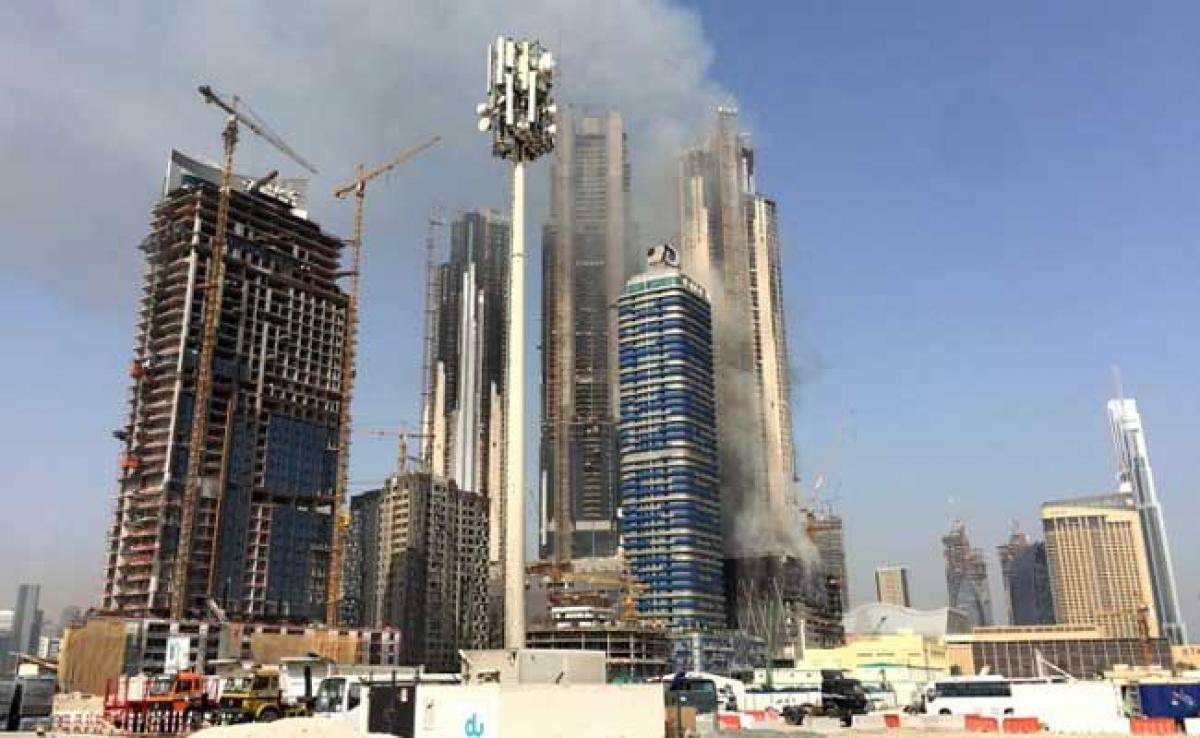 A blaze erupted Sunday in a residential complex, Fountain views under construction near Dubai\'s biggest shopping mall and a hotel ravaged by fire on New Year\'s Eve in 2015, authorities said. There were no immediate reports of any casualties.

A blaze erupted Sunday in a residential complex, Fountain views under construction near Dubai's biggest shopping mall and a hotel ravaged by fire on New Year's Eve in 2015, authorities said. There were no immediate reports of any casualties.

The fire broke out at around 6:30 am (0230 GMT) on a site near the Dubai Mall and Burj Khalifa, the world's tallest building, witnesses said.

Surrounding roads were closed to traffic, as thick black smoke filled the sky. The Dubai government said firefighting crews and ambulances were sent to the area, adding however that there were no casualties to report.

It said the building was being constructed by real estate giant Emaar. The property has three towers each 60 floors high and had been due to be completed in April 2018.

Major fires have hit Dubai high-rises in recent years and spread quickly, mostly due to flammable material used in cladding, a covering or coating used on the side of the buildings.

On December 31, 2015 a huge blaze ripped through the luxury Address Downtown Hotel, only a few hours before a fireworks display nearby. It sparked panic and was broadcast live worldwide, but only injured 16 people.