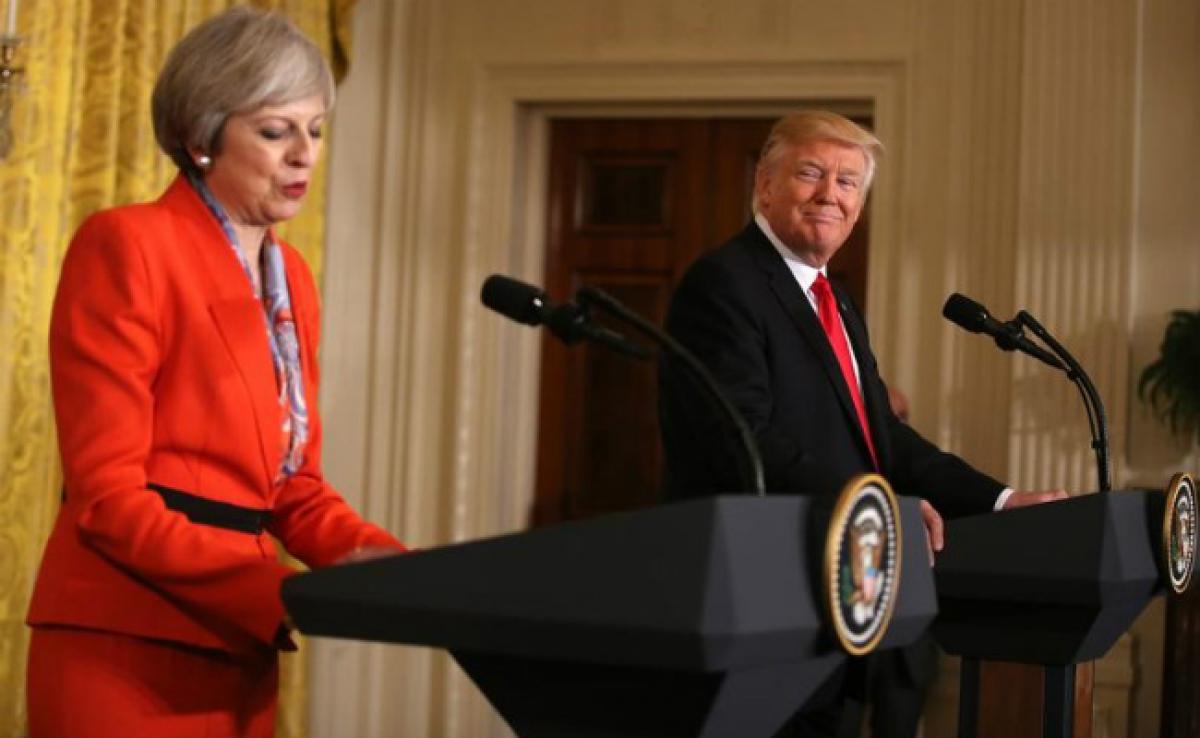 British Prime Minister Theresa May spoke on Monday to US President Donald Trump and agreed that -'a window of opportunity-' now exists to persuade...

British Prime Minister Theresa May spoke on Monday to US President Donald Trump and agreed that "a window of opportunity" now exists to persuade Russia to break ties with Syrian President Bashar al-Assad, May's office said. A spokeswoman for the prime minister said Trump had thanked May for her support following last week's US military action in Syria against the Assad regime.

In a shift in Washington's strategy, US missiles hit a Syrian air base last week in retaliation for what the United States and its allies say was a poison gas attack by Syria's military in which scores of civilians died. The Syrian government has denied it was behind the assault.

Trump had previously appeared disinclined to intervene against the Syrian leader and the attack raised expectations that he might now be ready to adopt a tougher-than-expected stance with Russia, Assad's main backer.

US Secretary of State Rex Tillerson is due to travel to Moscow this week and the spokeswoman for May said the two leaders had agreed during their conversation that the visit was an opportunity to make progress towards a solution.

"The prime minister and the president agreed that a window of opportunity now exists in which to persuade Russia that its alliance with Assad is no longer in its strategic interest," the spokeswoman said.

"They agreed that US Secretary of State Tillerson's visit to Moscow this week provides an opportunity to make progress towards a solution which will deliver a lasting political settlement."

The spokeswoman said the two leaders had also stressed the importance of the international community, including China, putting pressure on North Korea to constrain the threat it poses.