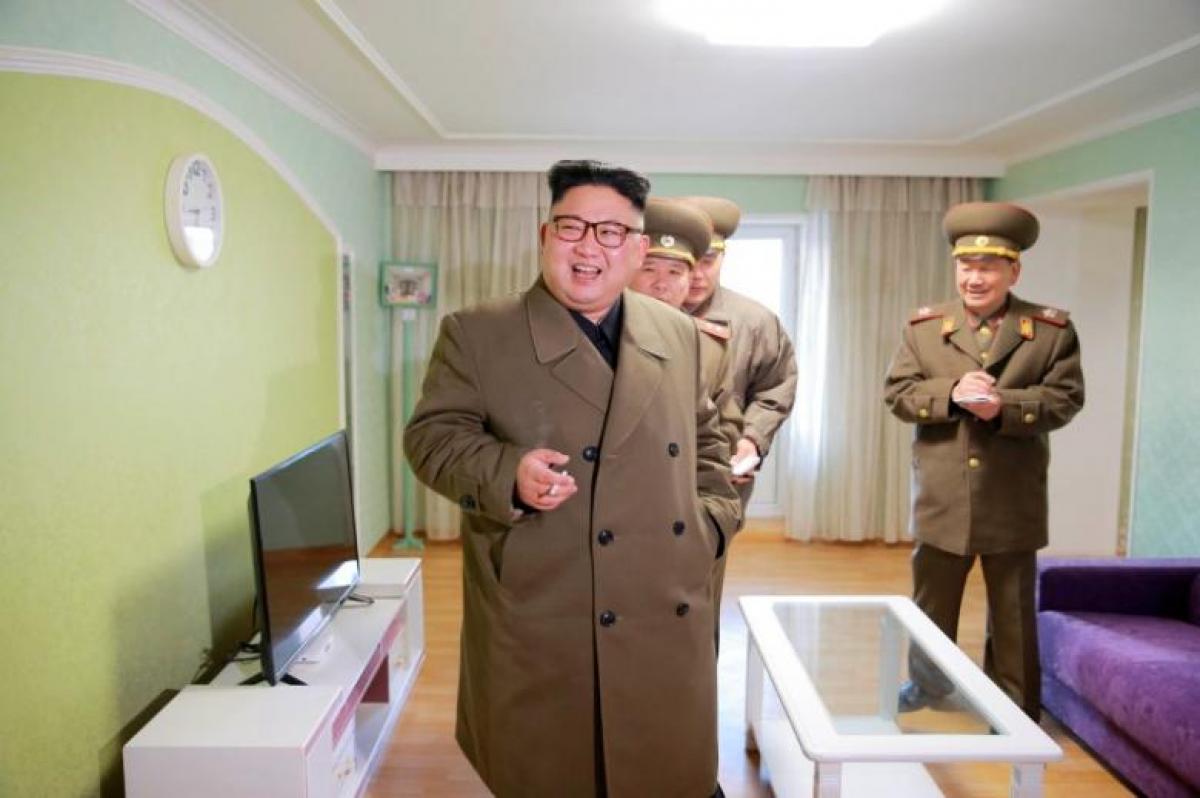 North Korea should halt any plans for nuclear and missile activities \"for its own security\", a Chinese newspaper said on Wednesday, warning that the United States is making clear it doesn\'t plan to \"co-exist\" with a nuclear-armed Pyongyang.

North Korea should halt any plans for nuclear and missile activities "for its own security", a Chinese newspaper said on Wednesday, warning that the United States is making clear it doesn't plan to "co-exist" with a nuclear-armed Pyongyang.

North Korean state media cautioned on Tuesday of a nuclear attack on the United States at any sign of American aggression, as a U.S. Navy strike group steamed toward the western Pacific - a force U.S. President Donald Trump described as an "armada".

Trump, who has urged China to do more to rein in its impoverished ally and neighbour, said in a tweet that North Korea was "looking for trouble" and the United States would "solve the problem" with or without Beijing's help.

The Korean Peninsula has not been so close to a "military clash" since North Korea conducted its first nuclear test in 2006, China's influential state-run tabloid the Global Times said in an editorial.

"Not only [is] Washington brimming with confidence and arrogance following the missile attacks on Syria, but Trump is also willing to be regarded as a man who honours his promises," the paper, run by the ruling Communist Party's official People's Daily, said.

"The U.S. is making up its mind to stop the North from conducting further nuclear tests. It doesn't plan to co-exist with a nuclear-armed Pyongyang," it said.

"Pyongyang should avoid making mistakes at this time."

The Global Times, whose stance does not equate with Chinese government policy, said that Beijing would likely react strongly to any North Korean test.

"If the North makes another provocative move this month, the Chinese society will be willing to see the (U.N. Security Council) adopt severe restrictive measures that have never been seen before, such as restricting oil imports to the North," the paper said.

Beijing has signed on to U.N. sanctions against North Korea, but it has repeatedly called for a return to dialogue to resolve the tensions.

A military parade is expected in Pyongyang to mark Saturday's 105th anniversary of the birth of Kim Il-sung, North Korea's founding father and grandfather of the current ruler. North Korea often marks important anniversaries with tests of its nuclear or missile capabilities.

U.S. officials have previously stressed that stronger sanctions are the most likely U.S. course to press North Korea to abandon its nuclear programme, though Washington has said all options - including military ones - are on the table.