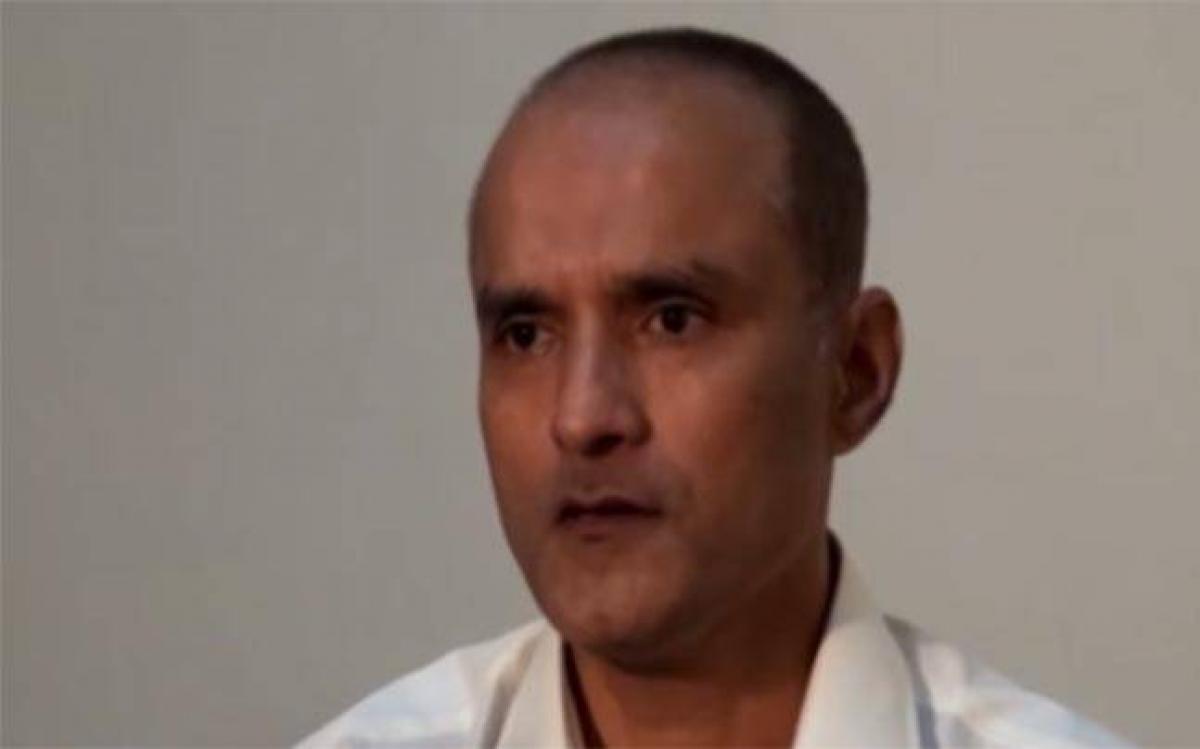 Kulbhushan Jadhav was awarded the death sentence by military Field General Court Martial of Pakistan under the army act for his alleged involvement in terrorism and espionage.

Kulbhushan Jadhav was awarded the death sentence by military Field General Court Martial of Pakistan under the army act for his alleged involvement in terrorism and espionage.

Top US experts have expressed concern over Pakistan's decision to give death penalty to Indian national Kulbhushan Jadhav as they warned that Islamabad wants to send a "strong message" to India against isolating it on the world stage.

Jadhav, 46, was awarded the death sentence by military Field General Court Martial under the army act for his alleged involvement in terrorism and espionage. The death sentence was confirmed by army chief Gen Qamar Javed Bajwa.

"Apart from the gross irregularities in the Jadhav situation, such as the lack of consular access and the secrecy surrounding the surprise court-martial, what struck me the most is the contrast between the speed of Mr Jadhav's trial set against the endless postponements for that of the Mumbai attackers, Alyssa Ayres, a former senior State Department official in its South and Central Asia Bureau said.

"The latter case, by contrast, has been in a continual state of prolongation for nearly nine years, Ayres said.

She is currently senior fellow for India, Pakistan and South Asia at the Council on Foreign Relations, a top American think-tank.

Bharat Gopalaswamy, director of South Asia Center at the Atlantic Council, a Washington-DC based top US think-tank, believes that the evidence warranting Jadhav's conviction "is rather flimsy" and the story by the Pakistani authorities "do not add up".

Without furnishing further evidence, this conviction as it stands, "seems to be politically motivated" in order to counter India's aggressive diplomacy against Pakistan in combating terrorism, he said.

"This whole story is shrouded in mystery and uncertainty, but it seems clear that Pakistan wants to send a very strong message to India, whether to warn New Delhi against meddling in Pakistan or to push back in a big way against India's efforts to isolate Pakistan on the world stage," said Michael Kugelman, deputy director and senior associate for South Asia at the prestigious Woodrow Wilson Center.

"At the same time, given how much India will want to ensure that Yadav isn't executed, Pakistan now has a very large bargaining chip at its disposal. Pakistan may want to use Yadav as a trump card to get some type of major concession from India," Kugelman said.

"The bottom line is that India-Pakistan relations are on life support. We can kiss goodbye any immediate prospects for resuming dialogue, though that wasn't a very strong possibility even before the announcement about Yadav s death sentence. Ultimately, India and Pakistan face some very dark and dangerous days ahead, he said.

According to Sameer Lalwani, senior associate and deputy director for Stimson's South Asia program, said the decision and timing of Jadhav's execution sentence "appears puzzling" because in many ways it does not seem to work in Pakistan s self-interest.

"If Jadhav posed a threat and Pakistan wanted to send a deterrent signal to potential saboteurs of CPEC and Gwadar, they could have executed him months ago after his intelligence value had been exhausted," Lalwani said.

"If Pakistan wanted to exploit Jadhav's capture for diplomatic purposes by showcasing evidence of Indian sub conventional aggression, Pakistan still has yet to convince the international community and an execution raises suspicions," Lalwani said.

"Finally, if the Indians care that much about Jadhav, Pakistan could have used him as a bargaining chip. Perhaps the sentence is an opening bargaining gambit but actually executing Jadhav may not be reaping much of a deterrent signal for Pakistan while foreclosing on diplomatic or trade value, he said.

Both the State Department and the White House refused to comment on the sentencing of Jadhav.

"We have seen these reports. We refer you to the governments of India and Pakistan for further information," a State Department spokesperson said.