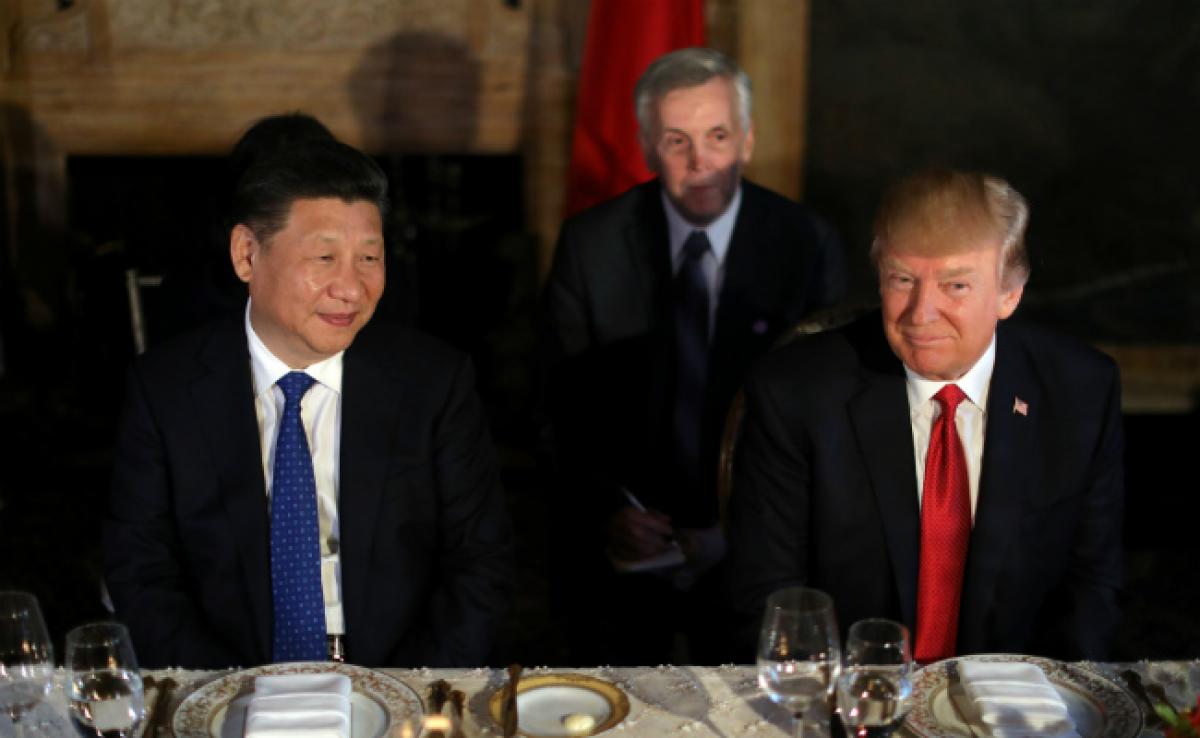 US President Donald Trump gave the order to strike Syria with dozens of cruise missiles -'during dessert-' with visiting Chinese leader Xi Jinping,...

US President Donald Trump gave the order to strike Syria with dozens of cruise missiles "during dessert" with visiting Chinese leader Xi Jinping, he said in an interview aired Wednesday.

"We had finished dinner. We're now having dessert. And we had the most beautiful piece of chocolate cake that you've ever seen and President Xi was enjoying it," Trump told the Fox Business television network.

"And I was given the message from the generals that the ships are locked and loaded, what do you do?" Trump said. "And we made a determination to do it, so the missiles were on the way."

Trump said Xi "paused for 10 seconds and then asked the interpreter to say it again. I didn't think that was a good sign."

But then, Trump said, Xi responded that "anybody that was so brutal and uses gases to do that to young children and babies, it's OK.... He was OK with it. He was OK."

Trump had been hosting Xi at his private Florida resort Mar-a-Lago on April 6. The US missiles struck a Syrian air base in retaliation for Syria's alleged chemical attack on a rebel-held town, killing 87 civilians, many of them children.

Pentagon chief Jim Mattis said Tuesday there was "no doubt" the Syrian regime was behind the chemical attack. But Russia, Syria's ally, disputes that, saying no evidence has been produced.

Trump, in his interview, said all 59 missiles fired hit their targets and called the display of military prowess "unbelievable," "amazing," "incredible," "brilliant" and "genius."

Trump regularly spends his weekends at his Mar-a-Lago resort, which his staff has nicknamed the "Southern White House."

Members of the club pay a $200,000 fee, which gives access to its amenities and its eateries.