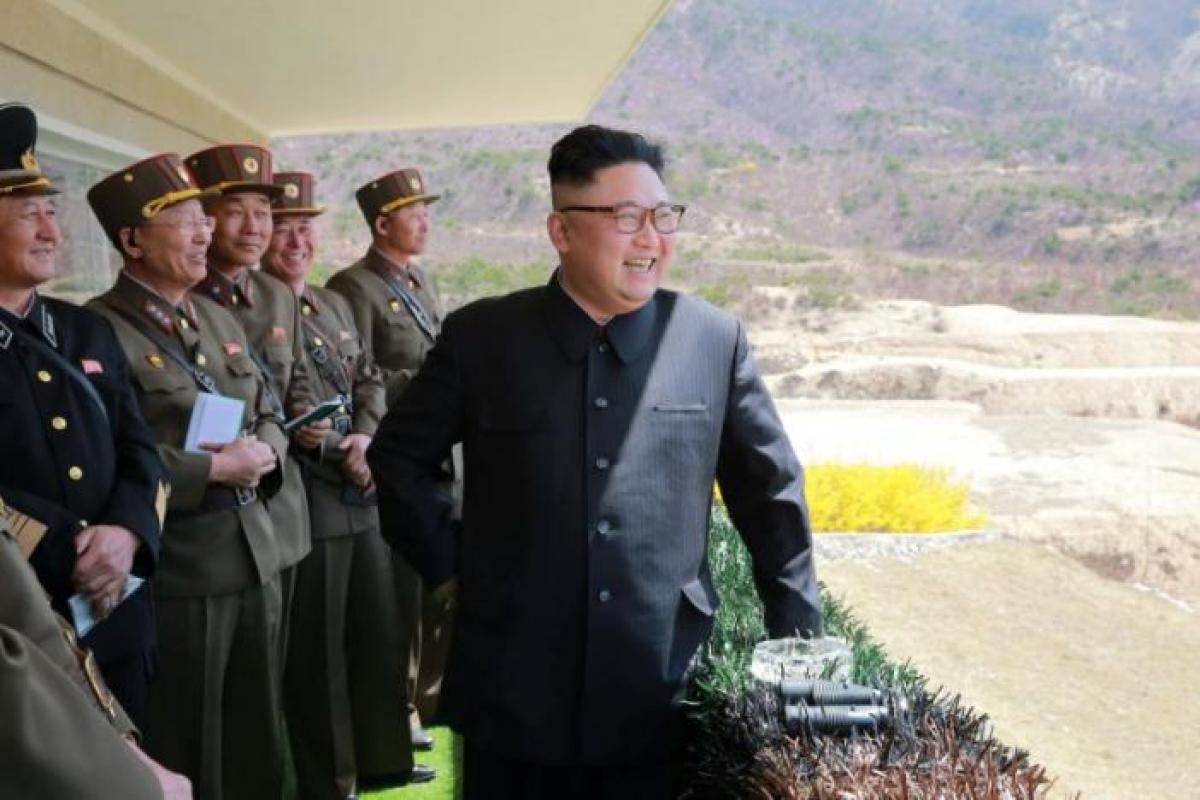 North Korea denounced the United States on Friday for bringing -'huge nuclear strategic assets-' to the Korean peninsula as a U.S. aircraft carrier...

North Korea denounced the United States on Friday for bringing "huge nuclear strategic assets" to the Korean peninsula as a U.S. aircraft carrier group headed for the region amid concerns the North may conduct a sixth nuclear weapon test.

Tension has risen since the U.S. Navy fired 59 Tomahawk missiles at a Syrian airfield last week in response to a deadly gas attack, raising concerns about U.S. President Donald Trump's plans for North Korea, which has conducted missile and nuclear tests in defiance of U.N. and bilateral sanctions.

The United States has warned that its policy of "strategic patience" is over. U.S. Vice President Mike Pence travels to South Korea on Sunday on a long-planned 10-day trip to Asia.

A spokesman for the North Korean Foreign Ministry's Institute for Disarmament and Peace issued a statement condemning the United States for the attack on Syria, while also calling for "peace by strength".

"The U.S. introduces into the Korean peninsula, the world's biggest hotspot, huge nuclear strategic assets, seriously threatening peace and security of the peninsula and pushing the situation there to the brink of a war," the North's KCNA news agency said on Friday, citing the statement.

"This has created a dangerous situation in which a thermo-nuclear war may break out any moment on the peninsula and posed serious threat to the world peace and security, to say nothing of those in Northeast Asia," it said.

North Korea, still technically at war with the South after their 1950-53 conflict ended in a truce, not a treaty, has on occasion conducted missile or nuclear tests to coincide with big political events and often threatens the United States, South Korea and Japan.

On Saturday, it marks the "Day of the Sun", the 105th anniversary of the birth of state founder Kim Il Sung.

China, North Korea's sole major ally and neighbour, which nevertheless opposes its weapons programme, has called for talks leading to a peaceful resolution and the denuclearisation of the peninsula.

"Military force cannot resolve the issue," Chinese Foreign Minister Wang Yi told reporters in Beijing on Thursday. "Amid tensions we will also find a kind of opportunity to return to talks."

While Trump has put North Korea on notice that he will not tolerate any more provocation, U.S. officials have said his administration is focusing its strategy on tougher economic sanctions.

Trump said on Thursday Pyongyang was a problem that "will be taken care of" and that he believed Chinese President Xi Jinping would "work very hard" to help resolve the challenge.

Trump has also said the United States is prepared to tackle the crisis without China, if necessary.

He diverted the nuclear-powered USS Carl Vinson aircraft carrier and its strike group towards the Korean peninsula last weekend in a show of force.

However, a senior Trump administration official described as "flat wrong" an NBC News report citing senior U.S. intelligence officials as saying the United States is prepared to launch a pre-emptive conventional weapons strike should officials be convinced North Korea is about to follow through with a nuclear weapons test.

Another U.S. official also dismissed the report, calling it "speculative at best".

The Pentagon declined to comment, saying, as a policy, it does not discuss future operations "nor publicly speculate on possible scenarios".

Media in Japan said the government confirmed it would take all precautions regarding possible fresh North Korean provocations.

The Nikkei business daily said government discussions included how to rescue the estimated 57,000 Japanese citizens in South Korea as well as how to cope with a possible flood of North Korean refugees coming to Japan, among whom might be North Korean spies and agents.

Kyodo news agency said separately Japan had begun working on plans to respond to a potential crisis on the Korean peninsula in February, after Prime Minister Shinzo Abe met Trump for a summit in the United States.

"I will refrain from commenting on individual specific content or situations. At present, we are in close contact with the United States and South Korea and in addition to urging (the North) to refrain from provocative actions and observe relevant U.N. Security Council resolutions," he said.