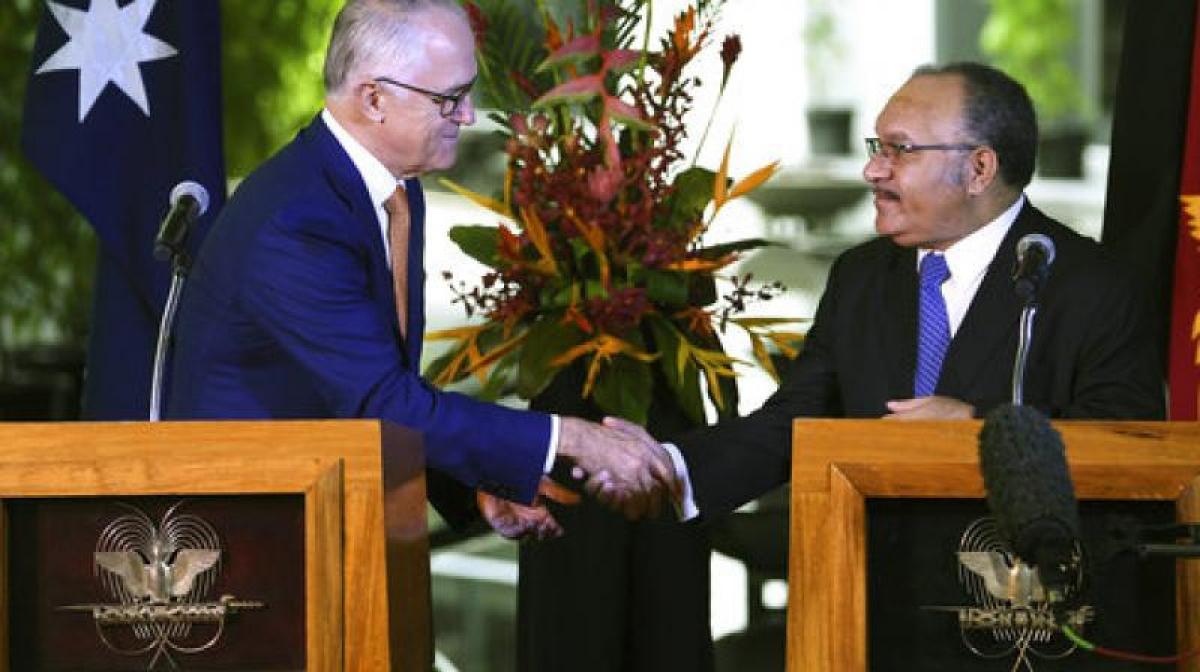 Drunk soldiers -'went on a rampage-' and fired shots in the air at an Australian asylum-seeker camp in Papua New Guinea, police said Sunday, in the...

Drunk soldiers "went on a rampage" and fired shots in the air at an Australian asylum-seeker camp in Papua New Guinea, police said Sunday, in the latest violence to rock the scandal-hit facility.

PNG police announced an investigation into the unrest at the Manus Island facility, an offshore processing centre reopened in 2012 to detain people who try to enter Australia by boat. The incident was sparked by an altercation at a football game played by asylum-seekers at a navy base outside the compound late Friday, according to detainees and refugee advocates.

Later, "drunken soldiers in retaliation for one of their colleagues who was allegedly assaulted by an asylum-seeker" entered the detention centre, shouting and throwing objects, the Royal PNG Constabulary said in a statement Sunday.

It said the military personnel "went on a rampage... firing several shots into the air and indiscriminately assaulting policemen, PNG immigration officers, other service providers and asylum-seekers".

One senior immigration officer and an asylum-seeker were treated at a medical centre, the statement added, without giving further details. Manus Provincial Police Commander Senior Inspector David Lapu said he "will leave no stones unturned" in his investigation into the incident. "Someone will answer for what happened," he added.

Australia's immigration department said one man was injured by a rock thrown into the centre, the Australian Broadcasting Corporation reported. "There are reports PNG military personnel discharged a weapon into the air during the incident," the department told the ABC. "No one was injured."

The violent scenes came just over three years after Iranian asylum-seeker Reza Barati died and 69 people were injured in a riot at the facility. The camp is set to close by October after a PNG Supreme Court ruling declared that holding people there was unconstitutional and illegal.

But Australian Immigration Minister Peter Dutton has said they would not be moved to Australia and instead relocated to third countries such as the United States and Cambodia, or resettled in PNG. Even so, the latest violence sparked renewed calls from refugee advocates for detainees to be removed -- and possibly brought to Australia -- from the camp, which currently houses more than 800 asylum-seekers.

"Even if the arrangement with the United States continues, we must act to create safety and security for those who have languished in offshore detention for too long," the Very Reverend Peter Catt, the Anglican Dean of Brisbane and head of an Australian coalition of churches in support of refugees, said. "By bringing people to Australia, the US deal may continue."

Daniel Webb from the Human Rights Law Centre, which has challenged offshore detention in court, said he was witnessing continued fear from the men being detained at Manus. "I first visited the camp just after Reza Barati's murder in 2014 and I saw how terrified and tired the men were back then," he said in a statement.

"Yet more than three years later those men are still trapped behind the same fence and living in constant fear." Canberra has long defended its policy of denying asylum-seekers resettlement in Australia, saying it has prevented deaths at sea.