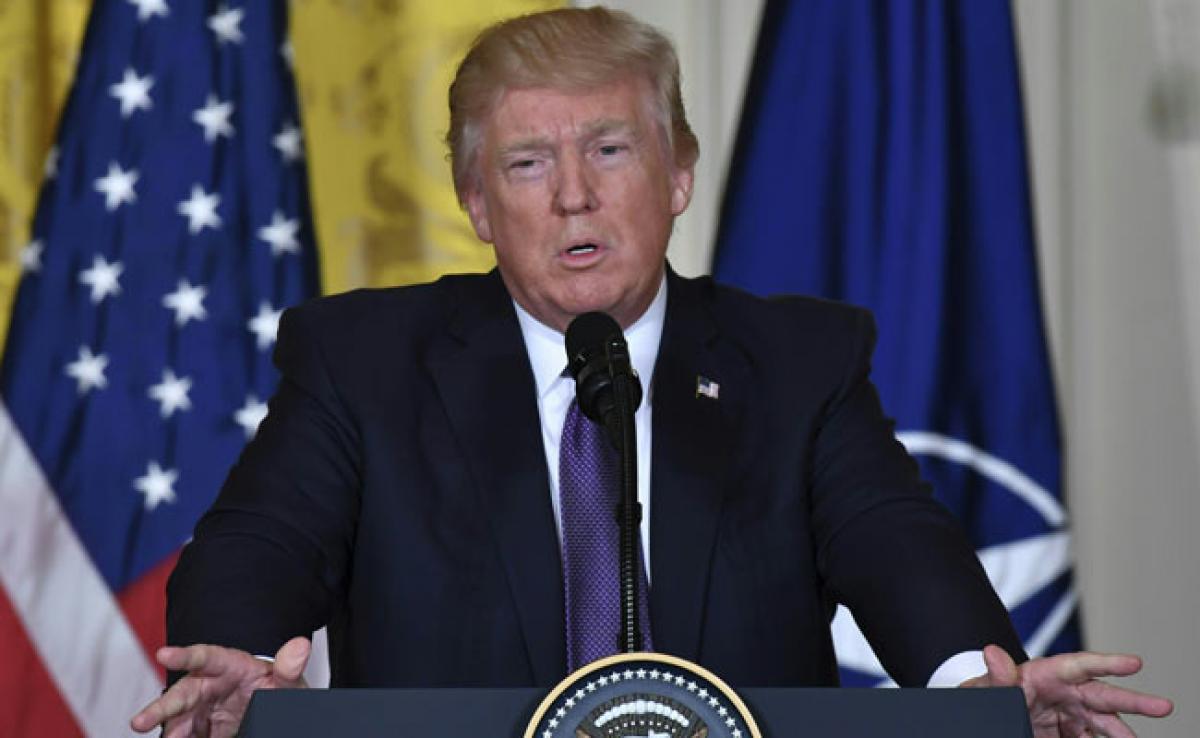 Thousands of protesters gathered Saturday in cities across the United States to pressure President Donald Trump to release his tax returns, a move of...

Thousands of protesters gathered Saturday in cities across the United States to pressure President Donald Trump to release his tax returns, a move of transparency he has refused to make.

"Until he does, we'll never know what he's hiding or who his policies are designed to benefit. We need a president who works for all Americans -- and a tax system that does, too," said the organizers of the "Tax March" demonstrations on its website.

The protests were timed to coincide with the traditional April 15 deadline for US tax filings (though this year the deadline falls on April 18).

In Washington, several thousand protesters of all ages gathered in front of the Capitol building housing Congress, holding up signs such as "What is he hiding?" and "Real men pay their taxes."

A huge inflatable chicken, adorned to look like Trump, toured the area, apparently to suggest that the Republican president was afraid, or chicken, to publish his tax records.

"If he's got nothing to hide, he should release his tax returns," said protester Liz Turner, 31.

Asked what she suspected was in them, Turner replied: "Maybe something to do with Russia?"

Ellen Lodwick, 67, a retired corporate researcher from Maryland who has participated in all the local anti-Trump demonstrations since his November 8 election, cast doubt on his business dealings.

"There are probably many illegal or questionable investments in things that could affect how he looks at government and legislation, because he's too connected," Lodwick said.

For decades, US presidents and presidential candidates have released their tax returns voluntarily -- there is no legal requirement to do so. US law requires only the publication of a financial statement that estimates assets, including debt and revenue, but does not give details on the amount of taxes paid.

Trump, a billionaire property tycoon, released such a financial statement but has kept his tax returns private, both during the election campaign and since taking office in January.

Trump has justified his refusal to publish his returns by noting they are being audited. Federal tax authorities say that does not bar him from releasing the returns.

"Disclosing tax returns is the very lowest ethical bar for a president, and we are going to insist that he clear it," Senator Ron Wyden, an Oregon Democrat, told the crowd in Washington.

Trump was not in the city during the demonstration; he is again spending the weekend at his Mar-a-Lago estate in Palm Beach, Florida. "Tax March" protesters demonstrated outside the exclusive property Saturday.

And in New York, several thousand protesters assembled around Bryant Park in midtown Manhattan ahead of a march to the Trump International Hotel and Tower, where Trump lived before his election.