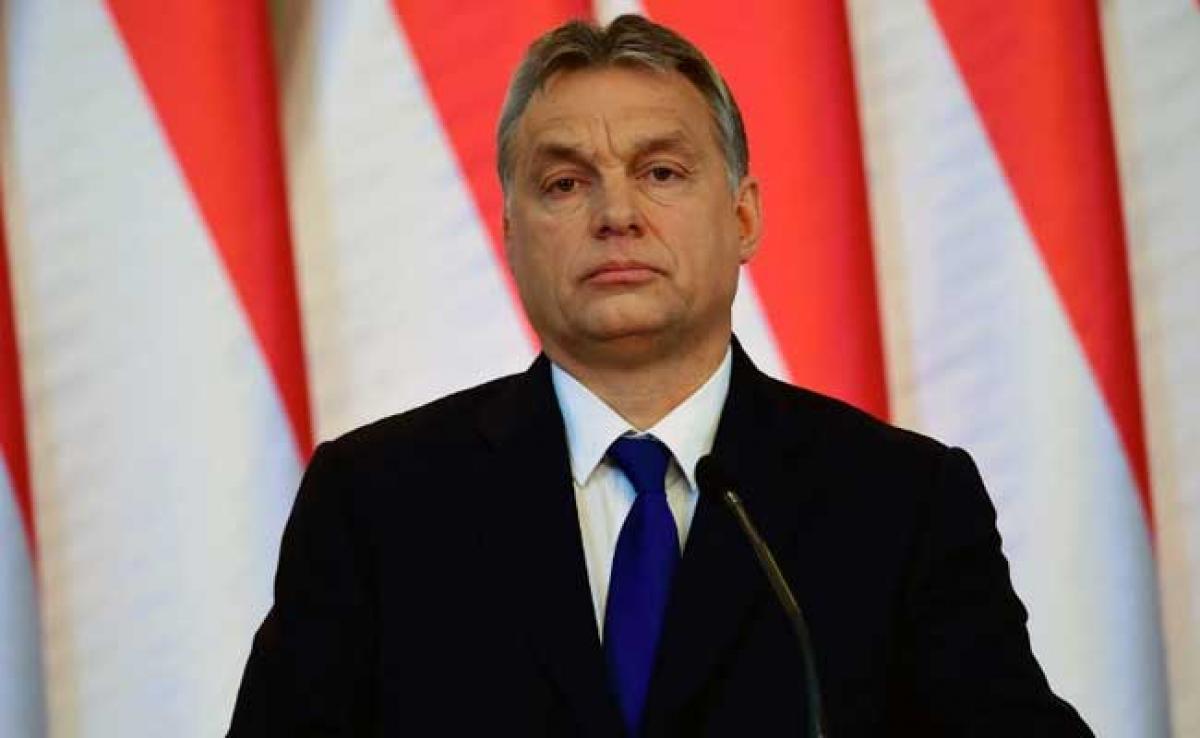 Facing protests at home and abroad over controversial new laws on universities and nongovernmental organisations, Hungarian Prime Minister Viktor Orban has said protests are "secondary theatres of conflict" compared to his battle against immigration, as thousands of people again took to the streets Saturday.

The latest rally against the university law and other government policies drew a crowd estimated by local media at 10,000 people in the Hungarian capital Budapest.

Urging a reform of the election system, anti-government activist Marton Gulyas told the crowd that under current rules, introduced in 2012 and 2013 and seen by critics as favouring Orban's ruling party Fidesz, it was impossible to oust the premier.

"As long as (parties) are measured by Fidesz election rules, they will win," he said.

A higher education bill fast-tracked through parliament on April 5 has been widely seen as directly targeting the Central European University (CEU), founded by US billionaire George Soros in 1991.

The law has triggered the largest series of protests seen in Budapest since Orban came to power in 2010.

Another law that would force nongovernmental organisations (NGOs) to register as "foreign-funded organisations" was submitted to parliament earlier this month, and has also prompted international condemnation and street demonstrations.

"The Soros university, the transparency of international lobby organisations (...) are all secondary theatres of conflict," he told pro-government daily Magyar Idok.

The New York-registered Central European University (CEU), founded by Soros in 1991 and long considered by the government as a hostile bastion of liberalism, says it could be forced out of Hungary as a result of the new rules.

Institutions from outside the European Union will not be able to award Hungarian diplomas without an agreement between national governments.

They will also be required to have a campus and faculties in their home country -- conditions not met by the CEU.

The legislation has been sharply critcised including by the US State Department, whose spokesman last week urged Budapest to "suspend" its implementation.

Anti-government activist Gulyas added that he would launch a movement to force changes in the electoral system by the end of the year ahead of the next parliamentary election due early-2018.

Orban called the current protests a "dress rehearsal" for the upcoming election campaign.

"The 2018 vote will be destiny-deciding for the country... whether there will be a government and parliament serving the interests of the Hungarian people or foreign interests," he told Magyar Idok.

The Hungarian-born philanthropist Soros, 86, has often been accused by Orban during the past two years of seeking to undermine Europe by backing open borders and pro-refugee policies.

"(Soros) pays several lobby organisations disguised as civil groups in order to assert his own interests. He maintains an actual network, with its own advocates, its own media, hundreds of people, and its own university," Orban said.

The Hungarian premier, 53, has built fences to keep out migrants, and placed asylum-seekers in border "transit zone" camps, part of a hardline anti-immigration policy since 2015 that has won him plaudits at home but criticism abroad.

"Those who call themselves liberal or leftwing and who are supported with money, power, and networks of international forces - with George Soros at the head - say that taking measures against migration is wrong, impractical, or immoral," said Orban.