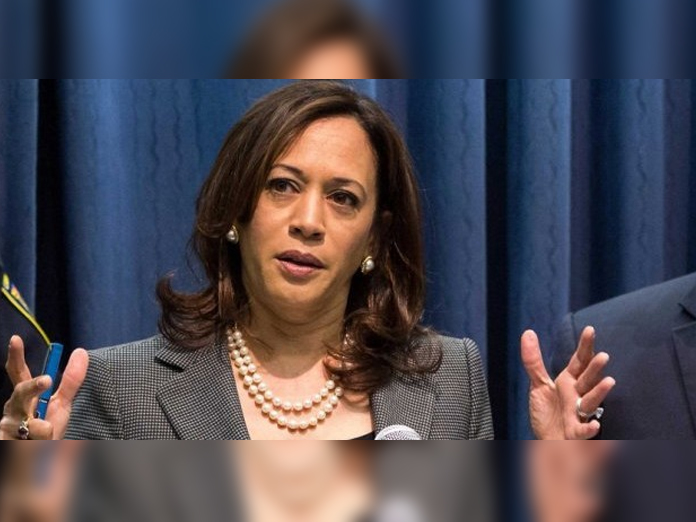 Kamala Harris, the first Indianorigin Senator, has raised a whopping more than 1 million funds within 24 hours after announcing her presidential bid for 2020, according to a media report

Washington: Kamala Harris, the first Indian-origin Senator, has raised a whopping more than $1 million funds within 24 hours after announcing her presidential bid for 2020, according to a media report.

Harris, 54, officially launched her campaign for the US presidential election in 2020 to take on President Donald Trump on Monday, saying she was ‘honoured’ to announce her bid on a day when Americans celebrated Martin Luther King Jr who sought inspiration from Mahatma Gandhi.

In the 24 hours after Harris made the announcement on ABC's ‘Good Morning America,’ 38,000 donors gave $1.5 million to her campaign, the Fox News reported.

“Thanks to you, we surpassed $1.5 million in grassroots contributions in under 24 hours,” Harris tweeted.

In fact, within the first 12 hours alone, Harris' campaign registered $1 million in funding, and the average donation was around $37,the report said mentioning the Wall Street Journal.

Harris also raised more than $110,000 from merchandise, which includes a tote bag, a T-shirt featuring her “Kamala Harris for the people” slogan and a hat, according to the Journal. A vocal critic of President Donald Trump, Harris is the fourth Democrat to join the battle for the party's nomination in the 2020 election.

The Indian-American community leaders said Harris – who is of mixed parental heritage from India and the Caribbean – has a fair and clear shot at the White House.