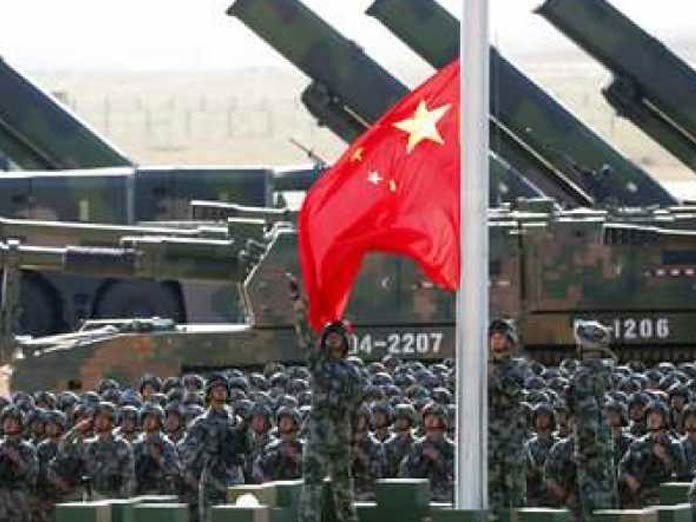 President Xi Jinpings close aide and ideologue of the ruling Communist Party has warned the party carde to prepare for the worst, ahead of the key ChinaUS make or break talks to end the trade war between the worlds two largest economies, media report said Friday

BEIJING: President Xi Jinping's close aide and ideologue of the ruling Communist Party has warned the party carde to prepare for the worst, ahead of the key China-US make or break talks to end the trade war between the world's two largest economies, media report said Friday.

Wang Huning, the "ideological guru" of the Communist Party of China (CPC) who is also part of the seven-member Standing Committee, the highest-ranking body of the party, told the senior officials to safeguard Xi's leadership and toe the party line, the Hong Kong-based South China Morning Post reported.

Xi, 65, is regarded as the most powerful leader after Mao Zedong, heading the party, the military and the Presidency.

The CPC wrapped up a four-day study session on Thursday in which hundreds of party officials from all over the country took part. The meeting deliberated on risk controls which underlined the leadership's deep concern about growing external volatility and uncertainty amid its high-stakes trade war with the US, the Post reported.

Xi, Premier Li Keqiang and other top party officials attended the four-day meeting called to discuss the prevailing scenario in view of the emerging strategic confrontation with the US and the effects of the economic slowdown.

Xi and Wang both told cadres that they must develop "bottom-line thinking" or be prepared for the "worst-case situation", the Post reported.

"Wang identified a long list of risks faced by Beijing, urging the cadres to safeguard Xi's leadership and toe the party line. Wang also told the officials that they must follow up by showing what they had learned through 'actions and results'", it said.

Chinese Vice Premier Liu He will lead a 30-member delegation for the talks with US trade representative Robert Lighthizer to be held on January 30-31 in Washington to negotiate an agreement before the March 1 deadline, failing which US President Donald Trump has threatened to slap additional tariffs on all Chinese exports to US totalling over USD 500 billion.

US Commerce Secretary Wilbur Ross on Thursday downplayed the possibility for a quick breakthrough to resolve deep-rooted conflicts in the US-China trade talks.

"There has been a lot of anticipatory work done. But we are miles and miles away from getting a resolution," Ross said in an interview to CNBC.

According to the official figures released by China early this week, the country's economy sank to a 28-year low last year, slowing down to 6.6 per cent year-on-year, lower than the 6.8-per cent growth registered in 2017. China is grappling with the continued slowdown amid the current trade war with the US and declining exports.

Trump is putting pressure on China to bring down the USD 375 billion trade deficit by enhancing market access for US products into the country and also insisting on improving protection of intellectual property rights (IPR).

He said on Thursday that the US can do without a trade deal with China.

"What we're doing with China, I think, will have a tremendous impact, if you look at the numbers that we're talking about. We'll see how that all comes out," Trump told reporters at the White House on Thursday.

In his opening remarks at the conference on Monday, Xi had cautioned officials about risks to the country's economic stability and directed them deal with turbulence and disruptions.

Take all the necessary precautionary steps and be vigilant about any risks that could jeopardise China's stability and reforms, Xi told officials.

"(We are) confronted with unpredictable international developments and a complicated and sensitive external environment. Our task at hand is to maintain stability as we continue our reform and development," Xi was quoted as saying.