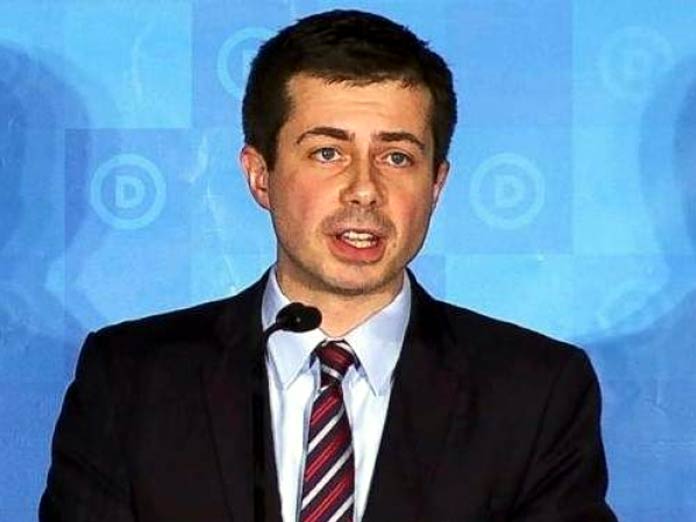 Pete Buttigieg, an openly gay mayor who is running for US president, said Sunday he believes America will judge him based on the quality of his ideas and experience

WASHINGTON: Pete Buttigieg, an openly gay mayor who is running for US president, said Sunday he believes America will judge him based on the quality of his ideas and experience.

Buttigieg, the mayor of South Bend, Indiana, launched his candidacy for the Democratic presidential nomination in January.

If elected -- which for now seems unlikely -- Buttigieg, a former naval intelligence officer who served in Afghanistan, would become the first openly homosexual president of the United States.

He is among a crush of Democrats vying to unseat Republican Donald Trump next year. Other declared Democrats include Trump nemesis Elizabeth Warren, and Kamala Harris, a California senator who aspires to be the nation's first black female president.

But are Americans ready for a president who is openly gay and in a same-sex marriage? The question was put to him in an interview on ABC's "This Week."

"I think there's only one way to find out," said the mayor of the city whose population is about 100,000.

Buttigieg, 37, recalled that he came out as gay in 2015 in the middle of a re-election campaign.

South Bend is a conservative community and at the time Mike Pence was governor of the state, Buttigieg said, recalling that he still got re-elected with "80 percent of the vote."

"So, I think the lesson we learned is that people are prepared to get to know you and judge you based on the quality of your ideas and your experience and your work. And I trust that America could do that too."

Same-sex marriages have been legal throughout the United States since a 2015 Supreme Court decision.

In last November's mid-term elections, Jared Polis became the first openly gay governor in US history when he was elected in Colorado, after serving in Congress.