Sonia made Telangana a reality’ 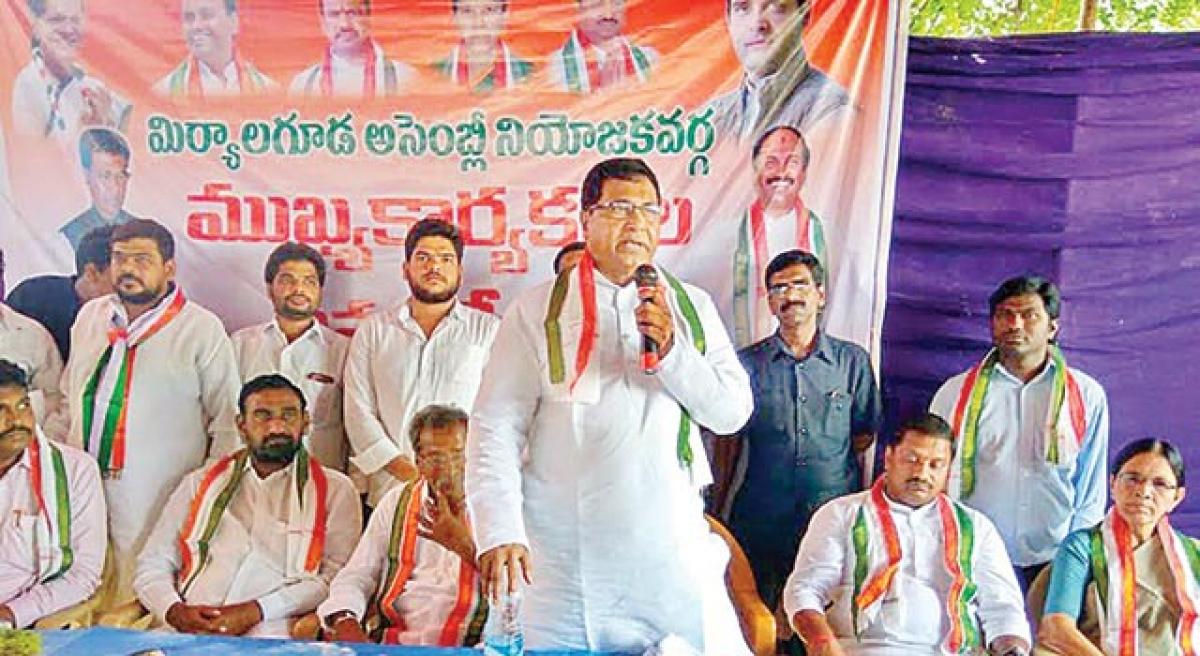 The TRS, which has come to power by utilising the Telangana sentiment, was making unrealistic promises and had failed to implement its pre-poll...

Nalgonda: The Congress Legislative Party (CLP) leader K Jana Reddy on Tuesday said the Congress party would mobilise people to demand the State government for single-time payment of the farm loans and immediate clearance of fee dues. Jana Reddy, launching a signature campaign of the Congress party over crop loan payment at Miryalaguda on Tuesday, reminded that though Congress government had capability to hush Telangana agitation led by K Chandrashekar Rao, AICC president Sonia Gandhi had taken initiative and granted statehood to Telangana keeping in mind the aspirations of Telangana people.

The TRS, which has come to power by utilising the Telangana sentiment, was making unrealistic promises and had failed to implement its pre-poll promises. “It is adopt anti-people and anti-farmer policies,” he alleged.Reminding that the State government was paying the amount of crop loans to the bankers in phases, Jana Reddy felt it was forcing the farmers to approach private money lenders for loans due to denial of banks to issue fresh crop loans. He urged the State government to waive farm loans in a single phase that would save the farmers from indebtedness.

Terming the recent surveys on winning chances of the political parties as a manipulated and unrealistic exercise, he felt that there would be no use with the self-sponsored surveys. He cautioned the TRS not to play with the democracy and public opinion. DCC president B Bixamaiah Goud, former MLC Bharati Ragya Naik and Congress leaders attended the programme.