Parnashala lies in a state of neglect 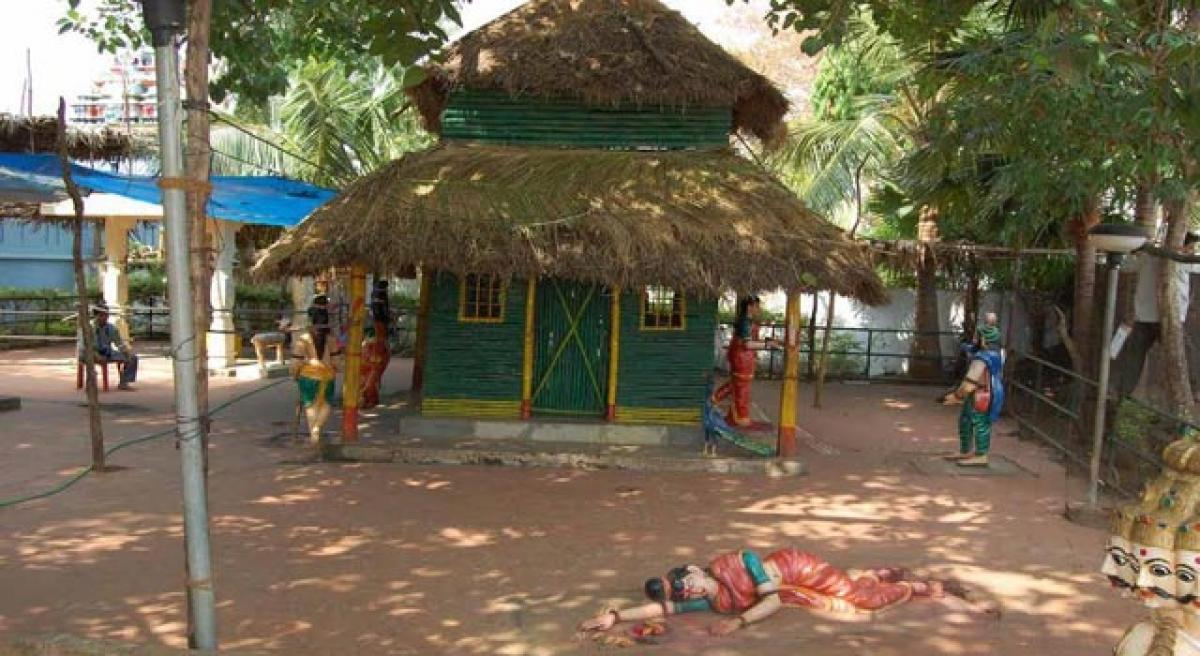 The devotees accuse officials of turning a blind eye towards developing Parnashala, which had attracted wide attention when Lord Rama stayed at the place during his 14-year Vanavasam.

Bhadrachalam: Parnashala’, the famous and historic structure, which is part of the famous Bhadradri temple, is crying for attention as it has been denied any development although hundreds visit it.

The devotees accuse officials of turning a blind eye towards developing Parnashala, which had attracted wide attention when Lord Rama stayed at the place during his 14-year Vanavasam.

Visitors coming to Parnashala are deeply moved by the official indifference. The place occupies a special mention and significance in the epic Ramayana. According to the epic, Parnshala is a place where Lord Rama, his consort Sita and brother Lakshmana stayed during Vanavasam.

Thousands of visitors not only from the Telugu States but also from neighbouring Karnataka, Tamil Nadu, Maharashtra, Chhattisgarh, Odisha regularly throng Parnashala.

Several devotees visiting the place expressed their shock over the negligent attitude of the administration. They rued that there was not even a choultry for stay so that they could spend some quality time visiting nearby places of interest.

The Sitakuteeram is on the verge of collapse. Even the figures which remind visitors of the historic past incidents are getting damaged. “None seem to be bothered about this gross negligence of the officialdom, “ devotees voiced.

They said even the bathing ghats, which have been built at a cost of Rs 4 crore, were dirty with stench emanating from the place. “Even the temporary bridge to approach the rivulet is lying in dilapidated condition. Officials don’t seem to be interested in making repairs to it, although administration secures revenue from the Bhadradri temple,” opined a devotee.

Meanwhile, In-charge Executive Officer of the temple Ramesh Babu told The Hans India that proposals to develop Parnashala have been submitted to the State government. The Endowments department’s Sthapathi, architect and experts will submit reports after inspecting Parnashala. The EO assured to take steps for improving facilities.