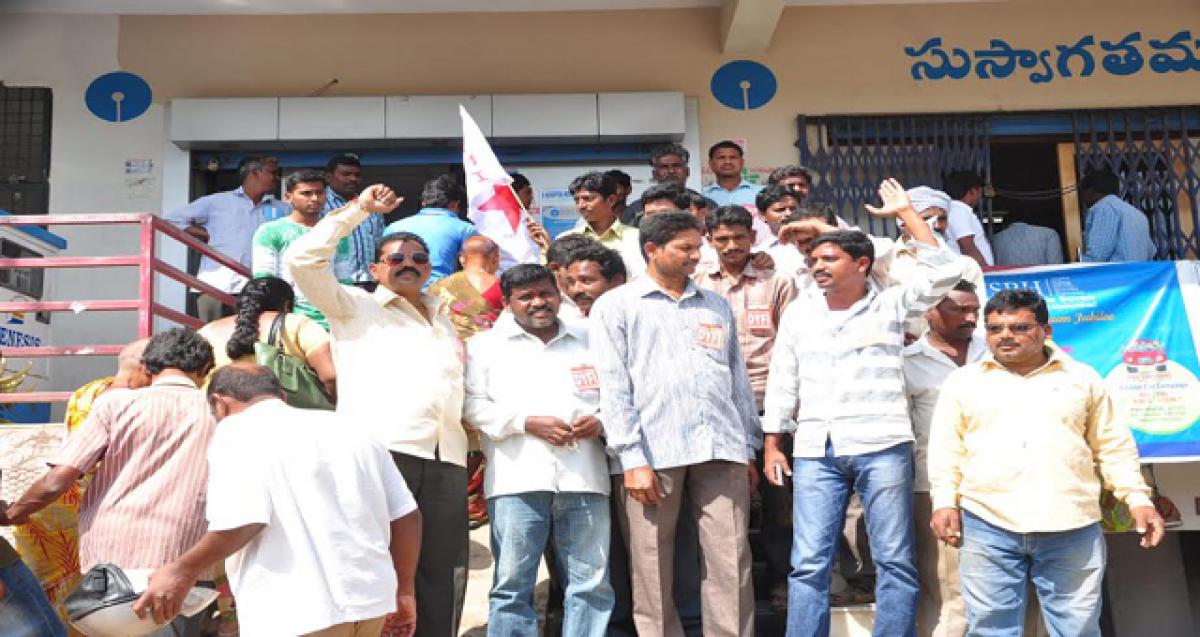 Speaking on the occasion, DYFI president Dasari Nageshwar Rao said the Central government had taken the decision of note ban without taking prior...

Khammam: The representatives of Democratic Youth Federation of India (DYFI) staged a dharna in front of the State Bank of Hyderabad (SBH) at Khanapuram Haveli on Tuesday demanding the bank officials to set up extra counters for people’s convenience.

Speaking on the occasion, DYFI president Dasari Nageshwar Rao said the Central government had taken the decision of note ban without taking prior measures to avoid any inconvenience to the public that would arise post the big move.

Many people were facing problems due to shortage of lower denomination notes and were standing in long queues from morning till evening.

He demanded the government to take back the decision of ban on high-value currency notes or increase the withdrawal amount to Rs 10,000 daily, that too issue only Rs 100 notes by setting up extra counters in all banks.