People urged to say no to selling of babies 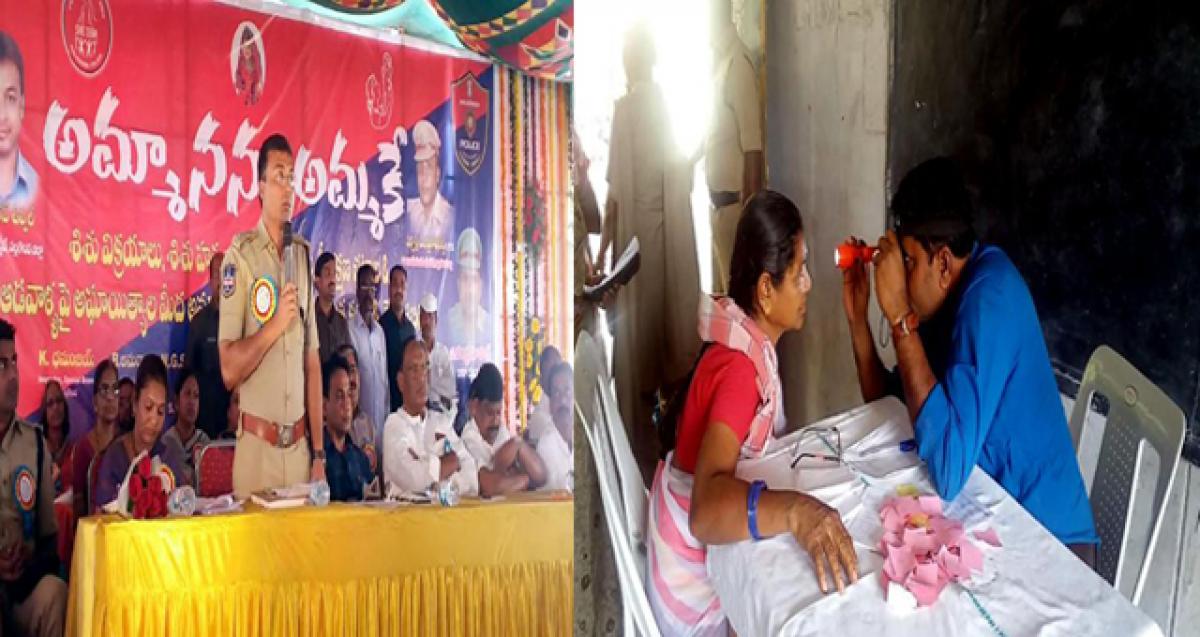 On Thursday, the district police under Janamitri programme organised an awareness meeting on female foeticide and selling of newborn girls, under...

​Nalgonda: Stating that girls were equally competent with boys, Superintendent of Police Prakash Reddy informed that most of the IAS and IPS officers in the State were women.

On Thursday, the district police under Janamitri programme organised an awareness meeting on female foeticide and selling of newborn girls, under title “Mother do not sell me”, and also a free eye camp at Devarakonda.

In his speech, the SP expressed concern over the female foeticide and selling of babies in Devarakonda region for the want of male child. “Female to male ratio is declining due to female foeticides,” he underlined.

Killing of foetus, selling the newborns, infanticide, abandoning are crimes that invite imprisonment and penalty, he warned. He informed that both Centre and State governments were paying special attention to the progress and development of women.

The SP listed out various programmes that have been carrying out by governments which include facilities provided for girls’ education, financial assistance at the time of marriage, reservation in employment etc. He urged parents to stay away from superstitions.

Collector Gaurav Uppal appreciated the district police for conducting the awareness meet and said stringent action would be taken against those who sell or kill their babies and also on doctors who carry out gender detection tests.

4 Reason's to Travel Together with your Partner

Over 200 Wuhan Evacuees Quarantined At Manesar To Be Discharged...