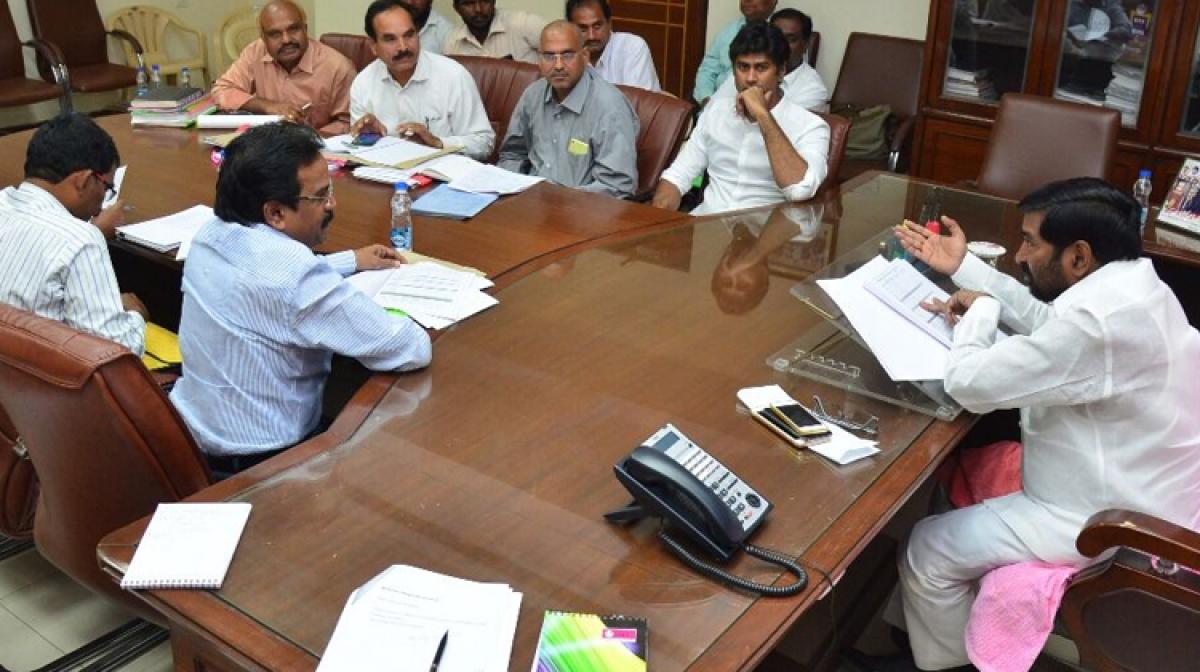 Energy Minister Jagadish Reddy ordered officials concerned to complete the construction of sanctioned roads in the district as per the schedule or be ready to face the disciplinary action.

Nalgonda: Energy Minister Jagadish Reddy ordered officials concerned to complete the construction of sanctioned roads in the district as per the schedule or be ready to face the disciplinary action.

On Tuesday, he conducted combined review meeting with officials of roads and buildings, irrigation and Mission Bhagiratha at his chamber in Secretariat in Hyderabad. He reviewed on the progress of the works of the departments concerned in Suryapet district.

Speaking on the occasion, he expressed concern over the snail pace of laying the roads in Suryapet constituency. He ordered officials concerned to take stern action on the respective contract agencies. He discussed about the status of Nemmikal- Atmakur road, Anatharam crossroad to Naryanagudem, Chivemla –Mukundapuram, Tekumatla – Solipeta, Kusumavarigudem-Shettypalem road, Dacharam crossroad works and link road of Suryapet new market to Khammam road. He fixed schedules for road works and said action would be taken on irresponsible contractors. He suggested officials conducting review meetings at regular intervals to accelerate the works.

In review meeting with RWS officials on Mission Bhagiratha works, he directed the officials to finish the Paleru Mission Bhagiratha scheme works should be completed by the end of December. He instructed them to complete the internal pipeline works at the earliest to provide drinking water to every household in the district.