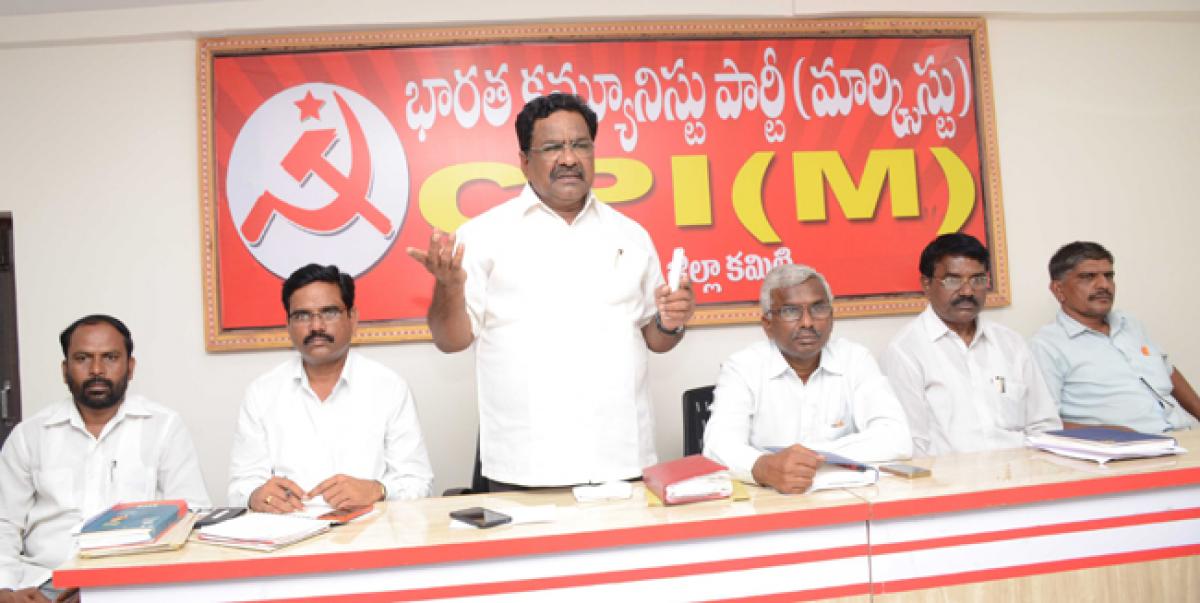 Nalgonda: Communist Party of India-Marxist (CPI-M) State Council member Julakanti Ranga Reddy here on Tuesday advised the government to extend the benefit of Rythu Bandhu scheme to tenant farmers. He also urged the government to ensure that the farmers secure quality seeds and fertilisers in the kharif season.

He was attending as a chief guest at the CPI-M district committee meeting held at the party office in Nalgonda. Addressing the party leaders and activists, Ranga Reddy demanded that the State government provide crop loans to the farmers. He stressed the need to ensure that all the family members of the farmers are covered under the insurance scheme the government was planning to implement from August 15.

He recalled that Kerala State government had been giving bonus of Rs 780 over and above minimum support price of Rs 1,590 a quintal of paddy. Farmers were Rs 2,350 per quintal paddy in all in Kerala, he said.He demanded that the government take measures to increase the agricultural productivity.

The government had not yet implemented a single experiment in agriculture sector, he felt Ranga Reddy advised the government of both Telegu-speaking States to sort out the issues pertaining to allocation of waters.

He said the farmers in Nalgonda and Khammam were facing problems due to apathy of Irrigation officials. He exhorted the Telangana State and AP governments to take steps for utilisation of Krishna waters properly.