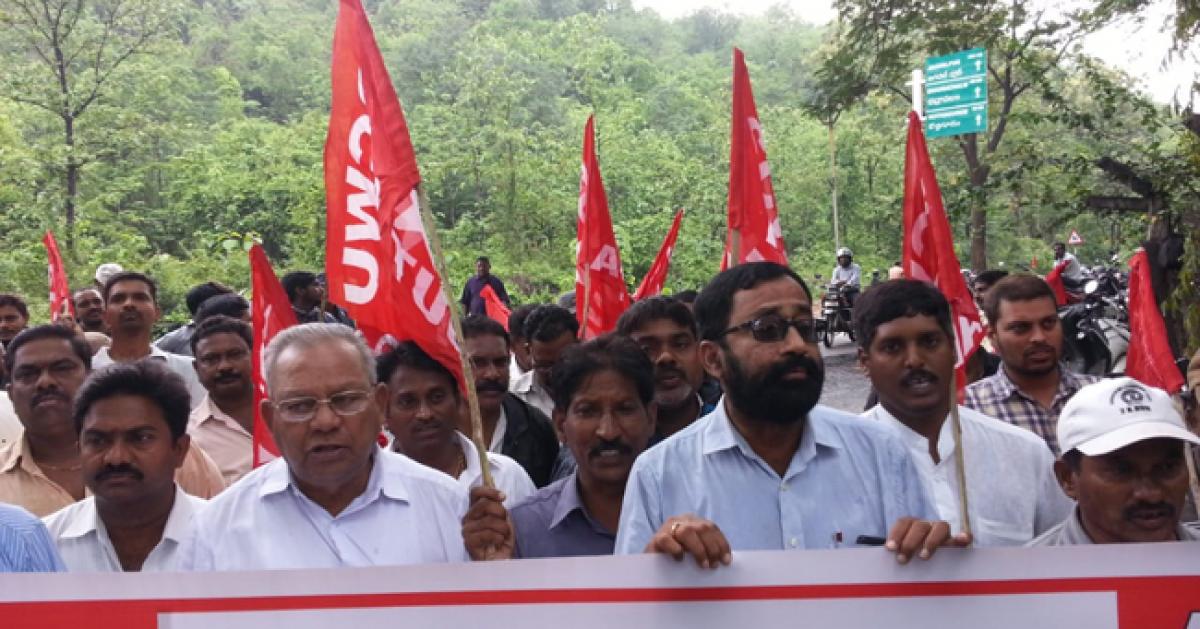 Singareni Collieries Workers Union staged protest dharna before the Singareni General Managers ffices in all areas on Thursday. As part of the...

Kothagudem: Singareni Collieries Workers Union staged protest dharna before the Singareni General Managers ffices in all areas on Thursday. As part of the programme, a protest dharna staged at GM office in Kothagudem area. On this occasion, Senior leader of the union, advisor D.Seshiah speaking addressed the meeting.

He said, the management is commiting mistake bynot making recruitments for the clerk posts in the company. He demanded to fill the posts with eligible candidates immediately. He said a large number of the union members participated in the dharna programmes conducted by the union.

After the dharna programme, a memorandum was submitted to the General Manager Rama Murthy. Union leaders G.Satyanarayana, Vanga Venkat, G.Veera Swamy, K.Ramulu, S.Sudhar Kar, M.Ravi. Gattaiah and M.V.Rao and other leaders participated in the dharna.