Death certificate issued to a living person in Karimnagar 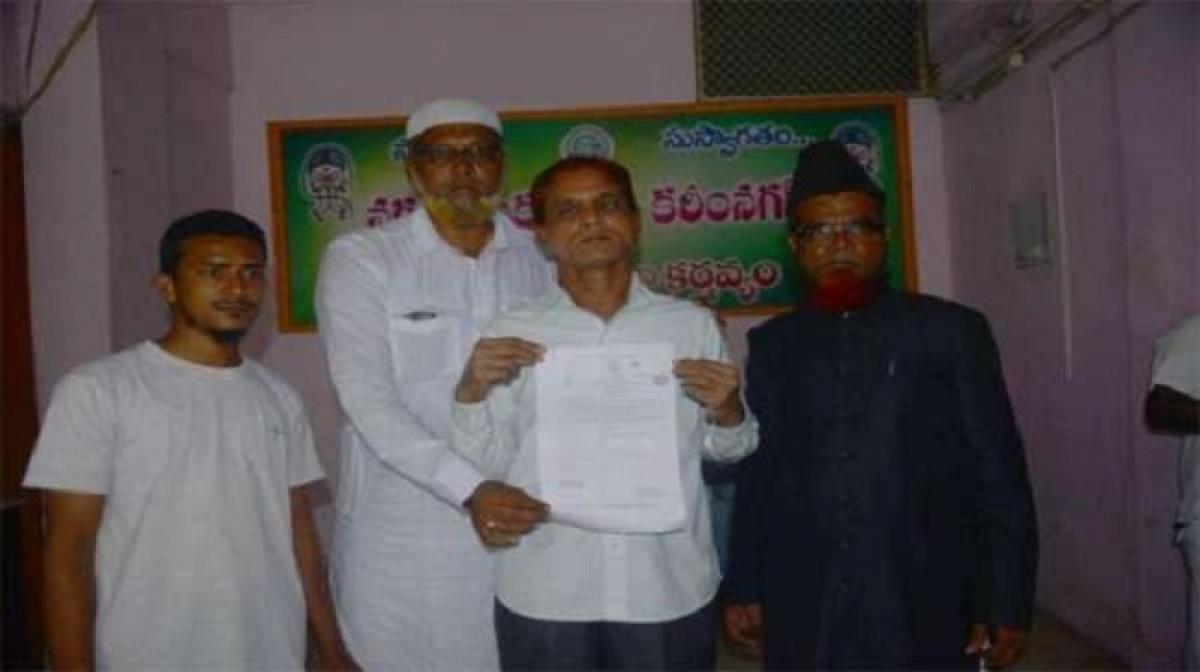 In a bizarre incident, a person who is alive was issued a death certificate in Karimnagar

In a bizarre incident, a person who is alive was issued a death certificate in Karimnagar.

The incident came to light after the said person, Mohammed Jamaluddin Tavakkali, who works in the Ayush department staged a protest in front of the municipal corporation office on Monday.

His cousin had illegally sold the land belonging to the joint family and submitted a death certificate mentioning Jamaluddin having died at the age of 15 indicating that there were no heirs for the property.

After coming to know regarding the land getting sold, Jamaluddin approached the court and learnt of the death certificate. Questioning the Municipal officials over the goof up without conducting any verification, he demanded action against the officers who were involved in the issue.

Karimnagar municipal corporation commissioner K Sashank responded in this regard and assured to order an enquiry into the matter. He even ordered the council secretary to investigate the matter immediately.