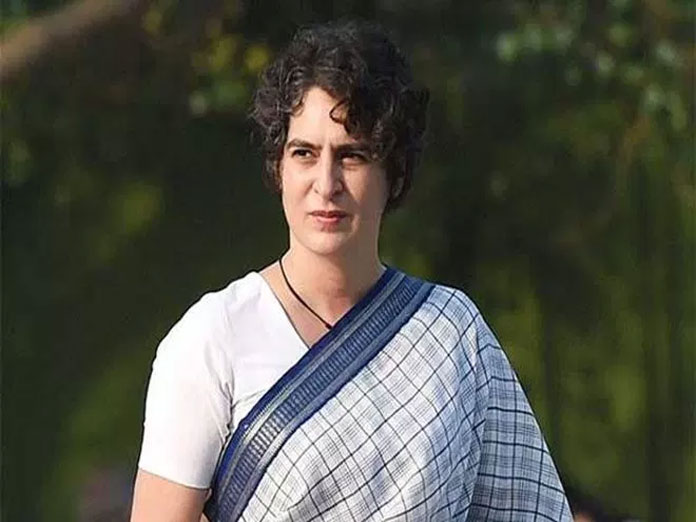 New Delhi: Priyanka Gandhi's formal debut in politics has re-ignited a fierce debate on political dynasties and opinion is sharply divided if family lineage is a slur or works as a spur in public life.

Going by the success rate of leaders with family roots, it seems that political upbringing does help in para-drop launches of electoral careers, proving that dynasties have paradoxical existence in democracies.

The newest member of the Gandhi family has walked onto the political turf carrying a legacy of five generations but no political party except perhaps the Communist bloc can claim to be dynasty-free.

Prime Minister Narendra Modi, whose ordinary tea-seller image had a mojo effect in last elections, has often mocked political families. But he has not been able to get rid of what is often considered to be a menace in his own party even though ordinary backgrounds of their leaders are routinely projected as a unique selling proposition of the ruling brigade.

Even a cursory look at the composition of the current Lok Sabha gives away the family roots of many politicians who are popular faces.

Among the second generation leaders include newly appointed interim Finance Minister Piyush Goyal, the son of the late BJP Treasurer Ved Prakash Goyal. In fact, there are many young BJP MPs who have taken over the baton from their fathers.

Anurag Thakur from Himachal Pradesh is the son of former state Chief Minister Prem Kumar Dhumal. Poonam Mahajan, the MP from Mumbai North Central, carries forward the legacy of her late father Pramod Mahajan, who was one of the most influential Ministers in the Atal Bihari Vajpayee government.

Union Minister Maneka Gandhi and her son Varun Gandhi, though extension of the Gandhi lineage, hold the BJP flag in Parliament. Minister of State for Home Kiran Rijiju is the son of Rinchin Kharu, who was the first pro-tem speak of Arunachal Pradesh.

The problem in Congress is at another level. Under the umbrella Gandhi dynasty, there are several sub-families.

Apart from the two principal parties, dynasty is the basic foundation of most of the regional players who run their organisations as fiefdom.

The Samajwadi Party in Uttar Pradesh represents Mulayam Singh Yadav's clan. The Badals in Punjab drive Shiromani Akali Dal (Badal) and Shiv Sena is synonymous with the Thackeray family. Abdullahs are leading the National Conference while the PDP is led by the Mufti clan in Jammu and Kashmir. The late M. Karunanidhi's son M.K Stalin spearheads the DMK. Odisha Chief Minister Naveen Patnaik is the son of the legendary Biju Patnaik.

The clan culture prevails across the board, covering the entire Indian political spectrum.