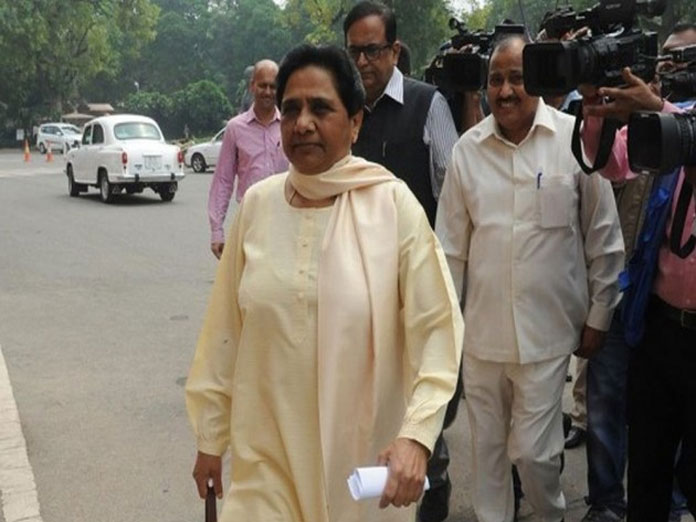 Lucknow:Bahujan Samaj Party (BSP) supremo Mayawati on Tuesday reacted sharply to the Congress pledge to ensure minimum income for the poor and termed the announcement a "cruel joke" that has left the "entire nation stunned and suspicious".

In a statement, the 63-year-old leader said the announcement by Congress President Rahul Gandhi in Chhattisgarh on Monday was nothing short of a "cruel joke". While Congress governments spoke of 'Garibi Hatao' (Remove Poverty), the Modi government was fooling people by promising to bring back ill-gotten black money from foreign banks, she said.

Accusing both the Congress and BJP of betraying the faith of the people, she said they had failed to solve the problems faced by the poor, farmers, women, youth and unemployed. The Congress and the BJP were "two sides of the same coin", she said.

She said it would have been better for the Congress President that before announcing his party's 'minimum income for the poor' poll sop, he had initiated schemes in the governments run by his party in states like Rajasthan, Chhattisgarh and Madhya Pradesh which would have actually benefitted the poor and the marginalised.

This, the Dalit leader said, would have infused faith among the people who might now think that these announcements were merely "hawa-hawai" (high talk).

Election promises made by both the Congress and the Bharatiya Janata Party (BJP), she said, had till now proved hollow and unrealistic.

Suggesting that both these national parties should refrain from selling dreams to the poor, the BSP chief exhorted people to keep their eyes open and vote for a party that talks less and does more.

"I appeal to the people of this country to vote for a party that does not believe in talking but acts and can control crime, maintain law and order and can work for the larger welfare of the people by taking historic steps," she said.