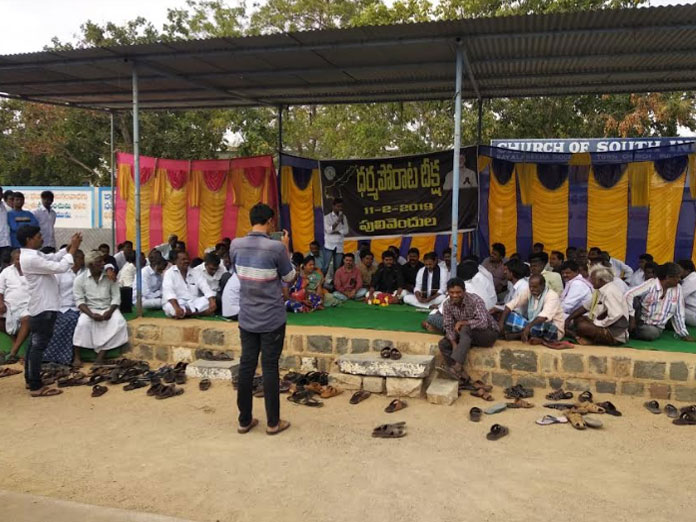 The functionaries in their respective areas have organized camps across the district by expressing solidarity to the Dharma Porata Deeksha of Chief Minister N. Chandra Babu Naidu at Delhi on Monday.

Party cadres in good numbers have gathered in camps raised slogans against Prime Minister Narendra Modi of his misbehaviour and rude attitude towards Andhra Pradesh in providing Special Category Status.

Speaking the occasion he said that Narendra Modi well aware of his party did not come to power in ensuing elections following his adopted unconstitutional methods in the administration. He said Prime Minister was responsible willfully restricting SCS despite it was mentioned in the AP reorganizing Act as he was not able to to digest the development witnessing headed by Chandra Babu Naidu.

The for MlC has urged the people not to believe the Jagan Mohan Reddy as he was in capable in administration and and always acting with compromising manner with central government by making resignations of his party MP's of his illegal assets cases. Party leaders were present.