JeM was founded with Osama's help 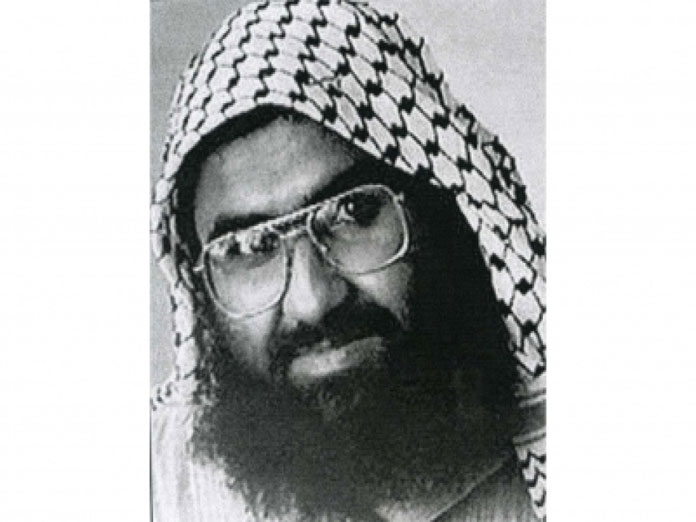 Pakistanbased Islamist terror outfit JaisheMohammed JeM, whose training camps were hit on Tuesday by the IAF, was founded in 2000 with the help of then Al Qaeda chief Osama bin Laden with a virulent antiIndia stance

​New Delhi: Pakistan-based Islamist terror outfit Jaish-e-Mohammed (JeM), whose training camps were hit on Tuesday by the IAF, was founded in 2000 with the help of then Al Qaeda chief Osama bin Laden with a virulent anti-India stance.

The JeM, whose name translates to "Army of Mohammed", enjoys the active support of the Pakistani military-intelligence establishment and has been active in Jammu and Kashmir where it has carried out several high-profile attacks.

The JeM's stated mission is to secede Jammu and Kashmir and merge it with Pakistan.

Responsible for the suicide bombing on a CRPF convoy in Pulwama which killed 40 troopers, the JeM was also blamed for the 2001 attack on Indian Parliament and on the Indian Air Force (IAF) base at Pathankot (Punjab) and the Indian Army camp at Uri (Jammu and Kashmir), both in 2016.

Founded by Maulana Masood Azhar after he was released in 1999 by the Atal Bihari Vajpayee government -- in return for the 155 Indian Airlines passengers held hostage in Afghanistan -- JeM is believed to have its headquarters in a mosque-and-seminary complex in Bahawalpur in Punjab province of Pakistan.

The walled complex, branded as Jamia-e-Masjid Subhanallah, is believed to be located eight kilometres away from the headquarters of Pakistan Army's 31 Corps and is reportedly spread over several acres, equipped with a swimming pool and a stable for a dozen horses.

Masood Azhar, who was previously associated with Harkat-ul-Ansar and Harkat-ul-Mujahideen, was arrested in Jammu and Kashmir in early 1994 for terror activities when he visited the state under a fake identity. He was in Indian custody for over five years.

With the support of Taliban, which then ruled Afghanistan, and Taliban's host bin Laden, Masood Azhar founded the group soon after his release vowing to "destroy India" and "liberate Kashmir".

The JeM initially worked under the shadow of Lashkar-e-Toiba (LeT) and Hizbul Mujahideen but then came on to its own.

While India retaliated with "surgical strikes" after the Uri attack, on Tuesday it struck the JeM's biggest training camp at Balakot killing "a very large number" of terrorists and their trainers.

The Pulwama attack was seen as an attempted revival of the JeM whose cadre strength had shrunk drastically in recent years.

Pakistan outlawed JeM as a "terrorist organisation" after the Parliament attack. While Masood Azhar was arrested by Pakistani authorities for his alleged role in the same, he was later released by a court citing "inadequate evidence".

Despite support by the US and several other countries, India's several requests to have Masood Azhar listed as a UN designated terrorist have been blocked by China.