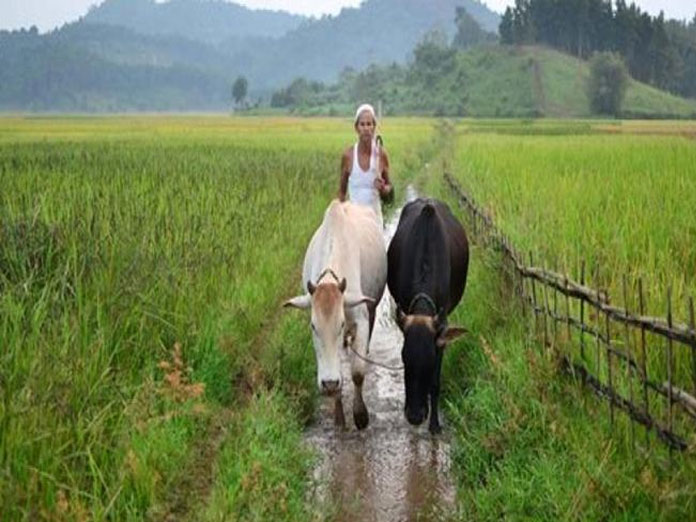 Prime Minister Narendra Modi on February 26 attacked the Congress government in Rajasthan, saying it is denying the small farmers the benefit of the direct cash transfer scheme of his government by not providing a list of those eligible

There should not be politics on such an issue, he said at a public rally.

Prime Minister Narendra Modi on February 26 attacked the Congress government in Rajasthan, saying it is denying the small farmers the benefit of the direct cash transfer scheme of his government by not providing a list of those eligible.

There should not be politics on such an issue, he said at a public rally.

"Rajasthan has not provided a list of farmers for the scheme launched by the Centre. The welfare of poor and farmers is the priority of our government but it is sad that schemes meant for them are subjected to politics," he said.

"You should not worry. We are after them and will make sure that they submit the list and the benefits reach the farmers," the prime minister said referring to the recently launched PM Kisan Samman Yojna.

"The first instalment of Rs 2,000 was transferred to the bank accounts of more than one crore farmers of the country under the PM Kisan Sammna Nidhi Yojna launched from Gorakhpur of Uttar Pradesh. We are going to give this benefit to more than 12 crore small farmers' families and more than 50 lakhs farmers from Rajasthan," he said.

Modi said there is not a single farmer from Rajasthan among those benefitted because the state government has not provided a list of beneficiaries to the Centre.

He added that states like Uttar Pradesh, Bihar, Gujarat and Tamil Nadu have already provided their lists to the Centre.

Modi said Rs 7.5 lakh crore would be transferred to the bank accounts of small farmers under the PM-Kisan scheme.

In the interim Budget 2019-20, the central government had announced the PM-Kisan scheme under which Rs 6,000 per year will be given in three instalments to 12 crore small and marginal farmers holding cultivable land up to two hectares.

Referring to the Ayushmaan Bharat scheme, the PM said more than 13 lakh people in the country have received free treatment under the drive but not a single person from Rajasthan was among them as the Congress government has showed no seriousness to associate with the programme.

The prime minister said the country was moving ahead with the sentiment of 'Jai Jawan, Jai Kisan and Jai Vigyan' and his government was working on the 'Sabka Saath Sabka Vikas' model.

"We are trying to achieve such targets which no one could think of achieving before," he said, highlighting the number of affordable houses constructed for the poor in the last four years.

Modi said the GST council recently decided to slash the GST rate on affordable housing and hence, middle class families were now able to realise the dream of owning a house.

He said while the interest rate on home loans was more than 10 percent during the previous government, it has now come down to 8-9 percent.