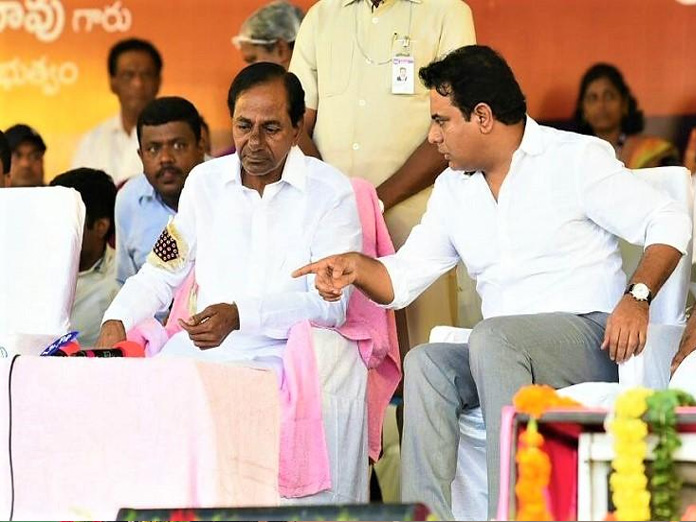 Those who know the ropes should hold the reins Now two dynamic leaders who know their ropes are in the saddle of the govt and the TRS party In a...

Those who know the ropes should hold the reins. Now two dynamic leaders who know their ropes are in the saddle of the govt and the TRS party. In a democracy, the party wins elections and the cabinet runs the Govt. Both should work in sync and examples are a galore when the asymmetry between the two has rocked the boat of governance. Telangana people are lucky that such an eventuality is forestalled with the election of KTR as party Working President.

In 2014, the TRS Party's success was attributed to sentiment. Ascension to power this year is purely on the basis of its creative and need based governance breaking many conventional shibboleths. Post victory, KCR hinted at four priorities of his second innings in addition to its 'Manifesto’ed vows.

First of these priorities is to make the state 'sasyashyamalam' - a figurative expression for permanent agricultural prosperity as 60% of the population still lives on agriculture. No wonder, KCR's first official meeting was to review irrigation projects whose early completion he emphasised.

KCR's proposed initiative of unifying pro-poor and developmental constituencies should crystallise regional parties into a single political platform without subsuming their identities to overcome the domineering and retarding programs of a huge big party at the Center that undermine the specific needs of the individual States. The proposed Federal Party should adopt tested policies of the TRS and other parties that can have continuity and should cater to the needs of all the States not just the Center.

Instead of resolving these short comings, political parties are squabbling for power in the name of caste, religion, regions. The vision of KCR, it is hoped, will target these contradictions and bring the political units under one umbrella with well-defined goals representing the constitutional aspirations and pave the way for a new resurgent India. devoid of avoidable points of focus such as religious, caste and communal issues. It is not statues but appropriate statutes and their proper implementation that should become the guiding principles of India.

KTR has gained rich experience in running two ministries which had well established systems of administration. But running a party is a different kettle of fish. The TRS party cadres are mostly raw and drawn from the separate movement endowed with agitational capabilities but not administrative acumen. It should be the priority of KTR to see that the rank and file of the cadres should be well trained in the present and potential needs of the people and the Govt. policies and train them in fulfilling them in a creative manner.

A hierarchical system of bodies should be established from village to State level which should consistently collect the requirements of the people and embody it into a database that should form the basis of responding to their needs so that a strict grip can be kept on people to lock them as permanent supporters of the Party.