Put an end to street-fight politics 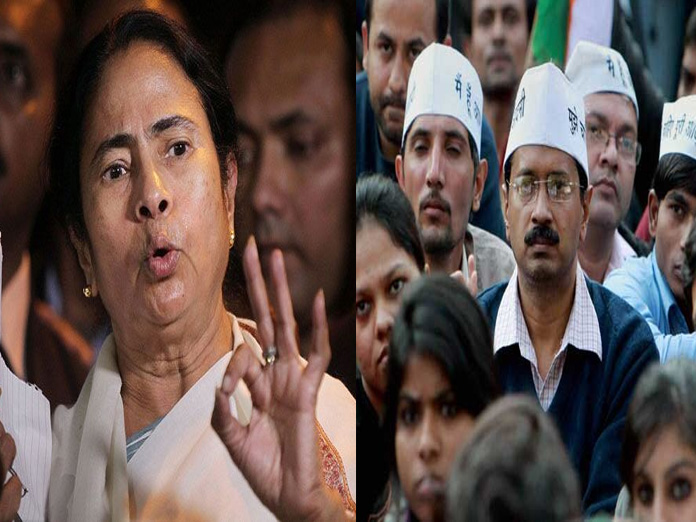 Has India become a land of farcical protest dharnas In 2006, Ms Mamata Banerjee , known to her masses as DidiSister set up a road side canopy at the...

Has India become a land of farcical protest dharnas? In 2006, Ms Mamata Banerjee , known to her masses as Didi(Sister) set up a road side canopy at the famous Esplanade, sat on a 26 day fast- unto-death and ran a successful campaign against the then CPI (M)-led Left Front government on the Singur issue.

In 2014, leader of the AAP and CM of Delhi, Arvind Kejriwal staged a sit –in on the streets of Delhi, signed Chief ministerial files there and spent a whole chilly night sleeping under a quilt . The LG was kind enough to come to the rescue of the AAP leader by sending him hot parathas,. Then, the people of India were surprised at the sight of a head of the government of Delhi venting his ire against the non-cooperative LG Najeeb Jung.

Again now in 2019, Mrs Banerjee who is the sole mass leader of the TMC , has returned to dharna politics -This time she has declared that her mission is not only’’ to fight misuse of central agencies like the CBI ‘ but also to save India, her constitution and democracy,’ The obvious truth behind her most ridiculous political drama is, she is hell bent on thwarting the premier Investigating agency CBI’ probe into the Saradha and Rose Valley chit scam cases.

As anticipated, she is now mocked at as being a ‘’super nautanki’ and part of a united ‘’kleptocrat’s club’’ as Arun Jaitley put it . However, there are a host of unanswered questions posed by the people of India as to why an entirely avoidable and incredibly ridiculous political farce is allowed /enacted on the streets of Kolkata.

It was two years ago that the Supreme Court ordered the CBI to investigate the chit fund scam. Instead of investigating the scam in earnest within a stipulated period, the CBI has delayed the probe abnormally and become active only now on election-eve. Why? In recent times, why were only the political opponents of BJP singled out for raids?

Why was the CBI silent on former TMC leaders like Mukul Roy and Himanta Biswa Sarma who defected to the BJP but who were allegedly associated with the scams? Was it not a fact that they were questioned earlier? Besides, how come that a police Chief who had been served a number of notices by the CBI to appear before it was sought to be saved by the state government? How unbecoming of a chief Minister of a state like West Bengal to give out police gallantry awards from a makeshift road side dais and conduct cabinet meetings from a police outpost ?

At the same time Is it not an equally shameful move by the centre to raid the police commissioner’s residence just to make people believe that there is a breakdown of constitutional machinery in West Bengal and as such it deserves imposition of President’s rule? Does it not smack of an autoritarian attempt to reap electoral advantages? Some political analysts opine that there is an attempt to impose President’s rule in Karnataka also on the grounds of what they call ‘’ legislative instability. While the CBI has every right to probe a scam and suspect the accused the Police Chief of Kolkata of destroying the evidence gathered by the SIT in the early stages of probe, why did it fail to produce evidence in the apex court?

While street fights cannot save Constitution and safeguard democracy, it high time that the leaders of the 22 political parties who gathered to strengthen the hands of a maverick mass leader, realised that a true federal structure lies in sharing powers, resources and responsibilities, including policy making and planning. Above all, the illiterate but the mighty masses of India are sick of ‘’holier than thou politicos’’ and their nauseating antics on the streets just for a handful of votes.