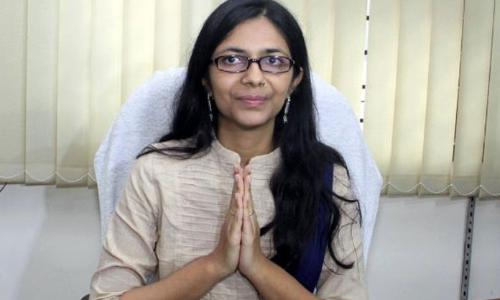 Delhi Commission for Women Chief Swati Maliwal on Thursday announced that the DCW will create a manifesto, dealing with the womenrelated issues, for...

Delhi Commission for Women Chief Swati Maliwal on Thursday announced that the DCW will create a manifesto, dealing with the women-related issues, for political parties to adopt. "I have realised that women issues are not electoral issues for the upcoming Lok Sabha elections. DCW will create a women's manifesto to raise the ground issues.

I will meet leaders of all political parties so they adopt it," Maliwal told media here at an event, where she briefed about the commission's 13-day Mahila Suraksha Padyatra that will end on March 8, the International Women’s Day.

During the Padyatra, Maliwal announced the launch of a "Transgenders' Cell" in the commission to reach out to the community, after its members narrated their tales of exploitation and discrimination. She claimed that through this activity, the Commission was able to interact with lakhs of women and girls and visit several interior areas.

"We have also raised the issues of shortage of 63,000 police forces in the capital, lack of police accountability and shortage of fast track courts – which are making convictions in cases of sexual assault difficult to achieve," she said.

The Commission came across issues like -- sale of illicit liquor and drugs and criminal activities like playing of Satta in public places, "rampant" domestic violence with women and "growing" sexual violence in the capital among others. The commission also spoke about breaking menstrual taboos and issuing notices to companies selling sanitary pads without passing the 0 per cent tax benefit. On one of the days, Maliwal was joined by several acid attack survivors who narrated their struggles with the community.

"The Commission has given a job to 9 acid attack survivors in the past three years," said the chairperson. The commission also issued a Notice to the Divisional Commissioner and sought an immediate report on non-action of the recommendations of the Commission regarding a complete ban on acid sale in Delhi.