Modi in UAE: India is proud of its expats 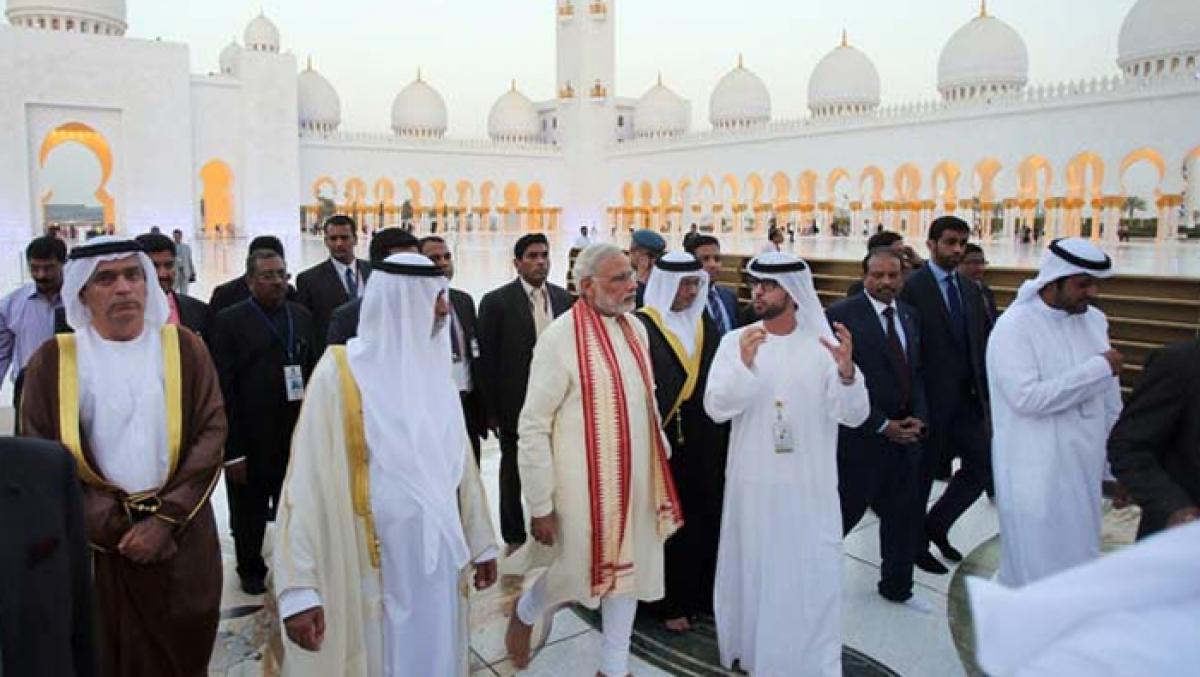 Modi In UAE: India Is Proud Of Its Expats. Prime Minister Narendra Modi on Monday said India was proud of expatriate Indians settled and working in the UAE.

Dubai: Prime Minister Narendra Modi on Monday said India was proud of expatriate Indians settled and working in the UAE. "You are the people who have worked hard... some for 10 years, some for 20 years and some for 30 years. You are not only earning your living, but also making India proud," Modi said addressing thousands of expatriate Indians here.

He said that due to the good behaviour and hard work of the expatriate Indians, India was proud.

Modi said the Indians settled in the Gulf were always worried about their home country.

"Even if it rains a little more in India, then the Indian living in Dubai, opens his umbrella. In times of natural disaster, the Indian in Dubai can't sleep properly."

"When the Atal Bihari Vajpayee government conducted nuclear tests, some people were angry and there were sanctions put on India.

"Then Vajpayee appealed to Indians across the world to help India. And today I feel proud to say that after his appeal, the blue collar workers in the Gulf had made the biggest contribution."