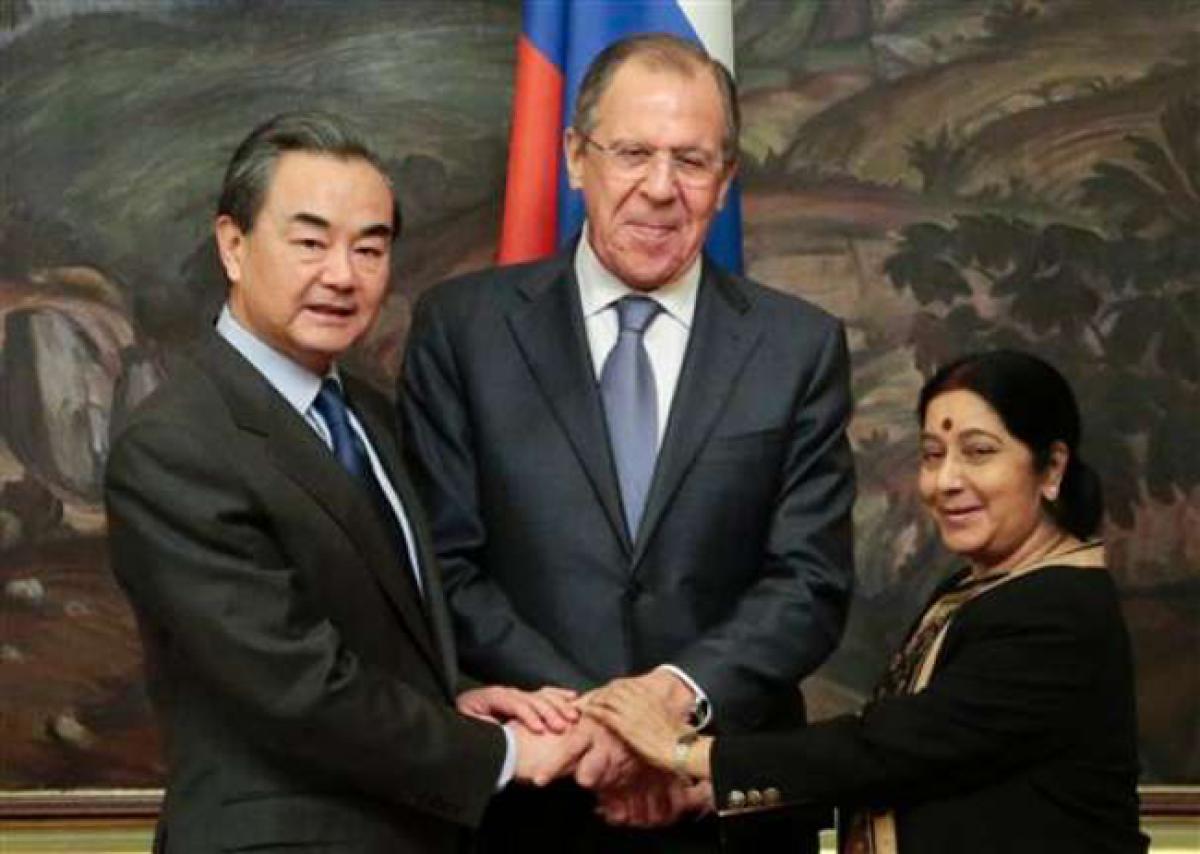 “The external affairs minister raised the cases of Indian nationals Yasir Jawed, who was killed in Kazan, and Puja Kallur and Karishma Udai Bhosle, who died in a fire at the Smolensk State Medical Academy," external affairs ministry spokesman Vikas Swarup said following a bilateral meeting between Sushma Swaraj and Lavrov on the sidelines of the 14th Russia-India-China (RIC) Foreign Ministers' Meeting here.

“Foreign Minister Lavrov briefed on the progress of the investigations,” Swarup stated.

Kallur, 22, from Navi Mumbai, and her room-mate Bhosle, 21, from Pune, perished in the fire which broke out in their hostel on February 14 in the Smolensk State Medical Academy, Smolensk, around 380 km southwest of Moscow.

Yasir, a medical student from Srinagar, had reached Russia on February 26 on a business trip. He was attacked in Kazan city in the Tatarstan republic and left in a coma.

Swarup said that Sushma Swaraj and Lavrov also had an extensive exchange of views on the situation in Syria.

“The two ministers reviewed bilateral ties, with particular reference to trade and economic links,” he said.

“They also discussed the annual bilateral summit between India and Russia, in advance of which India will host the next meeting of the Inter Governmental Commission (IRIGC) later this year.”

With India having assumed the chairmanship of the BRICS (Brazil, Russia, India, China, South Africa), the issue also came up for discussion, including the schedule of meetings leading up to the summit in Goa in October.

She is also scheduled to meet Russian Deputy Prime Minister Dmitry Rogozin, who is co-chair of the India-Russia Inter-Governmental Commission on trade and economic cooperation, to take stock of the developments in strengthening this important aspect of the bilateral relationship.