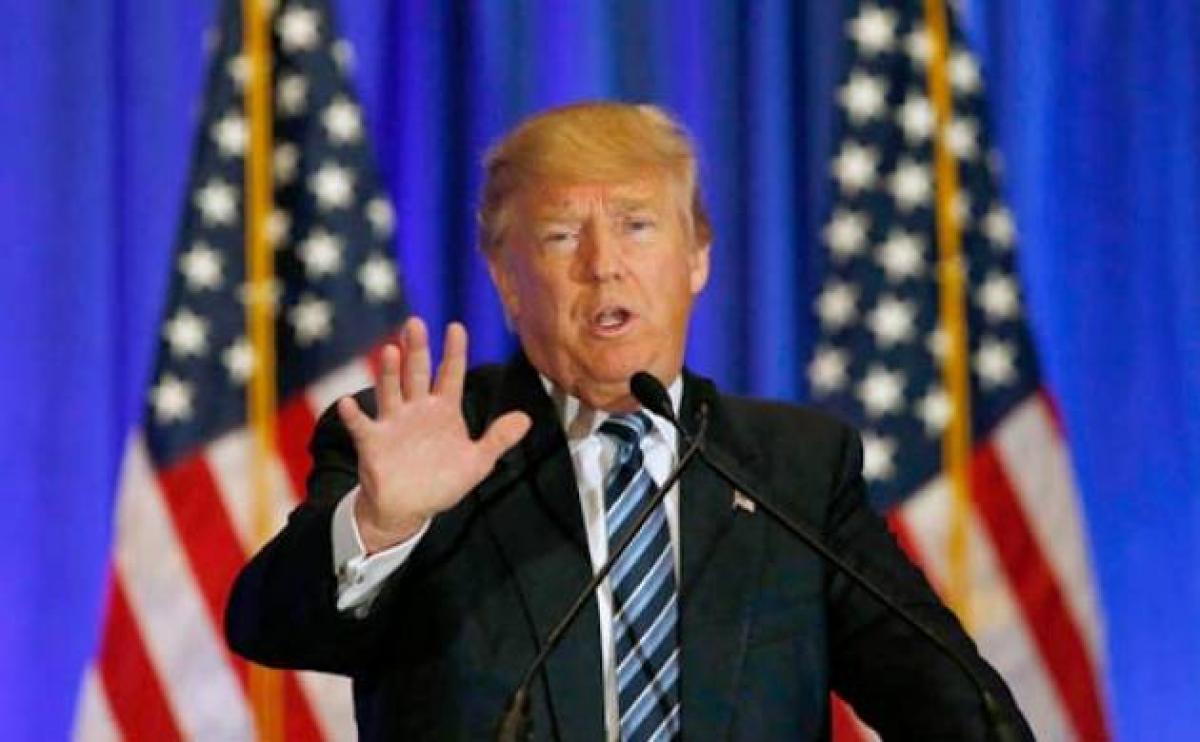 Republican presidential candidate Donald Trump adopted a fake accent to punctuate the punchline of a story mocking a credit card company worker in...

Trump on Friday tailored his pitch to the citizens of Delaware state, praising its status as a tax shelter and at one point sharing a story about calling his credit card company to find out whether it employed people in India, the Politico reported.

At a campaign event in Wilmington -- a hub for the nation's credit card industry -- Trump said he once called a credit card call centre, suspecting staffers were working from India.

"I said to the person, 'Where are you from?' I wasn't really checking on my card. I was actually finding out if this was true," Trump said.

"So I called up under the guise I'm checking on my card, said, Where are you from? 'We are from India.' 'Oh, great. That's wonderful. Thank you very much,'" he said, speaking briefly in an Indian accent before gesturing like he was hanging up a phone.

Trump did his mocking impression in broken English as he lamented call centre employees being based overseas.

"You want to find out about your credit card, guess what you are talking to a person from India," he told the crowd. “How the hell does that work?"

Trump, known for his offensive commentaries on Muslims, Mexicans, women and other groups, has put his foot firmly in his mouth several times on the campaign trail.

Friday was not the first time the billionaire made fun of foreign accents.

At a rally in Iowa last August, the Queens-born tycoon critiqued Chinese and Japanese business partners with a mocking impression in broken English.