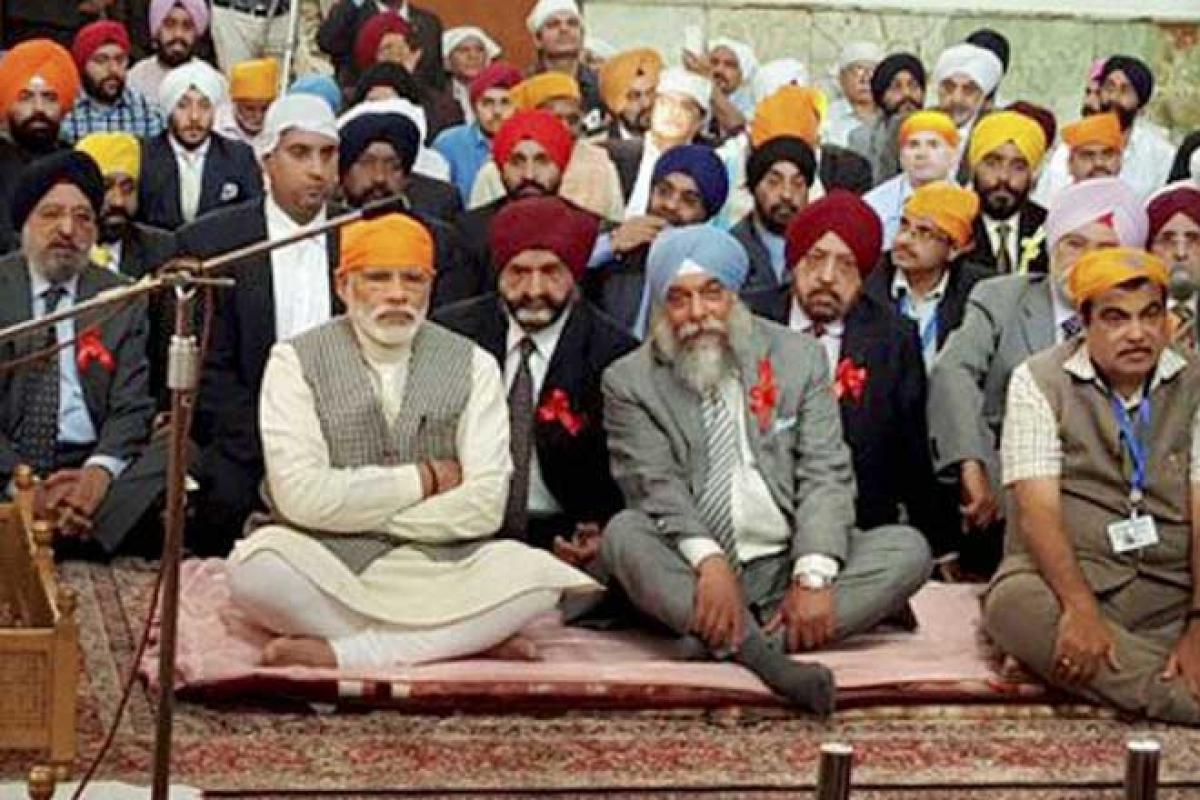 Prime Minister Narendra Modi, who arrived here on Sunday on a two-day visit to Iran, said that Indians living abroad have the capability to assimilate ...

Prime Minister Narendra Modi, who arrived here on Sunday on a two-day visit to Iran, said that Indians living abroad have the capability to assimilate with everyone.

"We Indians have a specialty. We accept everyone and assimilate with everyone," Modi said while addressing a community gathering at the Bhai Ganga Singh Sabha Gurudwara here.

Soon after his arrival here to a red carpet welcome with Iranian Economic Affairs and Finance Minister Ali Tayebnia present to receive him, Modi left for the gurudwara and offered prayers.

"The new generation should know about the sacrifices of the great (Sikh) Gurus and about the Guru Granth Sahib," he said.

He also said that he has noted several suggestions that have emanated from the Indian community in Iran.

"Let us all work together to serve humanity," the prime minister said.

The gurudwara was founded in 1941 by Bhai Ganga Singh Sabha Tehran. Religious celebrations include morning and evening prayers, and a Guru-Ka-Langer every Friday after the Akhand Path. Community services include establishment of a school where teaching of Punjabi and Dharmik (divinity) studies forms an integral part of the curriculum.

According to the Indian embassy here, the Indian community in Iran, which was sizeable earlier, has dwindled and now consists of about 100 families in Tehran and about 20 in Zahedan.

There are also around 1,300 Indian students in Iran, a large number of whom pursue theological studies in Qom.

Modi will be accorded an official welcome here on Monday following which he will hold talks with Supreme Leader Ayatollah Sayyid Ali Hosseini Khamenei and President Hassan Rouhani.

Connectivity, energy security and bilateral trade are on top of Modi's agenda during his visit which comes a a little over a month-and-a-half of his trip to Saudi Arabia.

On Monday, the trilateral agreement between India, Iran and Afghanistan to develop the Chabahar port in that Gulf nation will be signed.

The prime minister will also inaugurate an Indian cultural festival in Iran on Monday.

Ahead of his departure from New Delhi, Modi tweeted that he looked forward to his visit to Iran at the invitation of President Rouhani.

"India and Iran enjoy civilisational ties and have shared interest in the peace, security, stability and prosperity of the region," he said.

He said his meetings with President Rouhani and Supreme Leader Khamenei would provide an opportunity to advance the strategic partnership between India and Iran.

Modi said that priority would be given to enhancing connectivity, trade, investments, energy partnership, culture and people-to-people contacts.