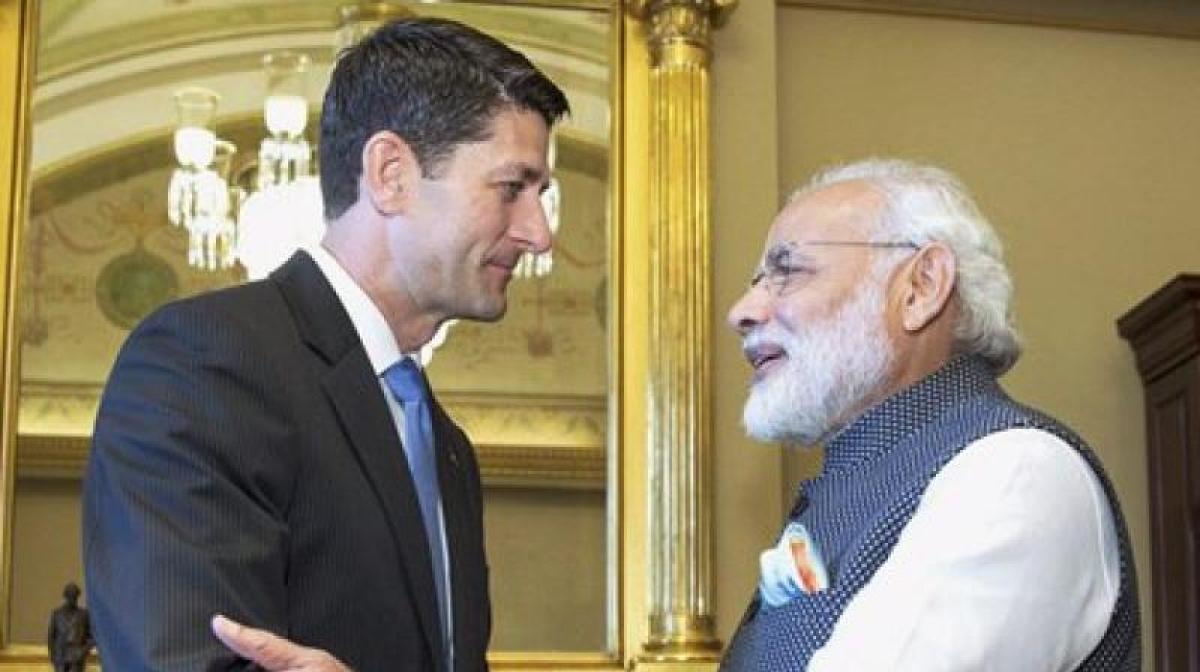 The Sikh-American community-'s -'compassion and forgiveness-' in the aftermath of the 2012 Gurudwara shooting incident in Wisconsin in which six...

The Sikh-American community's "compassion and forgiveness" in the aftermath of the 2012 Gurudwara shooting incident in Wisconsin in which six people were killed has been a "lesson", US House of Representatives

Ryan, who is a representative from Wisconsin's First District, received Prime Minister Modi at Capitol Hill here and offered his condolences for the shooting incident four years ago that shook the Indian-Americans, especially the Sikh community.

"Following shooting incident in Gurudwara in my constituency, the Sikh community's compassion and forgiveness has been a lesson," Ryan was quoted as telling Prime Minister Modi by spokesperson of Ministry of External Affairs, Vikas Swarup, in a tweet.

Six people were killed and four others injured when 40-year-old Wade Michael Page, a white supremacist and US Army veteran, opened indiscriminate firing in a Gurudwara in Oak Creek, Wisconsin, on August 5, 2012.