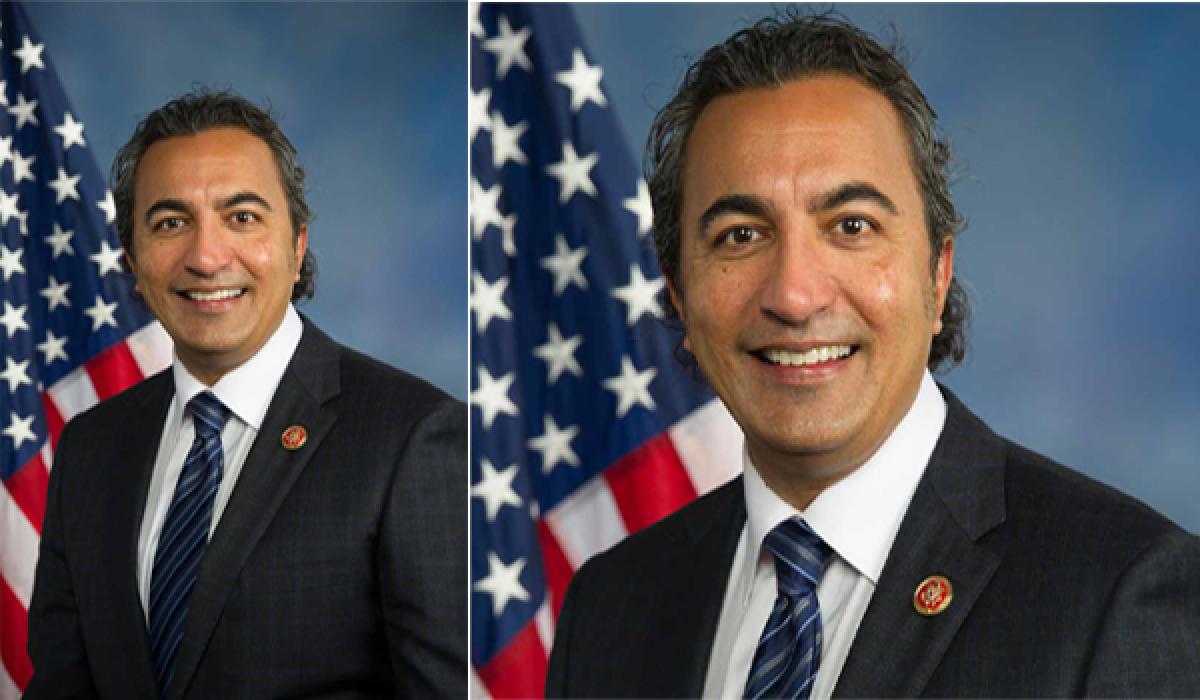 New York:A US federal judge sentenced Babulal Bob Bera, the 83-year-old father of the only Indian American Congressman, Amerish Ami Bera, on Thursday to a year and a day in prison for fraudulently funding his son's election campaigns.

Babulal Bera had earlier admitted before federal Judge Troy L. Nunley in Sacramento, California, that he had illegally contributed $268,726 to the election campaigns in 2009 and 2011 through fraud.

Before he was sentenced, Babulal Bera asked the court to consider an option for him to stay with his 82-year-old wife, CBS Sacramento reported.

"The defendant's efforts were calculated. This is more than just a naive person who doesn't know how elections work," Nunley said as he imposed the sentence on Babulal Bera, a retired chemical engineer, The Los Angeles Times reported.

The judge set aside the recommendation of a probation officer not to give Babulal Bera a prison sentence because of his age and health but only fine him $30,200, The Sacramento Bee reported.

Probation officials suggest punishments after studying the background of the convicted persons and their circumstances.

Federal prosecutors demanded some prison time for him citing "the serious nature of the crime".

The judge also fined him $100,000 and ordered three years of restrictions after his release.

Usually the actual time served is reduced for good behaviour in prison and the Sacramento Bee said he "will likely serve 10 months".

The maximum amount anyone could contribute to a candidate was $2,400 in 2009 and $2,500 in 2011. To overcome these limits on his personal contributions to his son's election campaign, Babulal Bera had 90 people send in the $268,726 in small contributions in their own names and then reimbursed them for the amounts they gave.

Federal prosecutors have not identified those who participated in the scheme or prosecuted anyone.

Babulal Bera's admission of guilt or guilty plea - avoided a lengthy trial while his son faces a tough battle to retain his seat in the House of Representatives. He will start his prison sentence ten days after the November 8 elections.

The prosecutors has cleared Ami Bera of involvement in is father's funding fraud. He had earlier said that he would have stopped his father from carrying out the scheme had he heard about it.

"My father's accepted what he did was wrong, he's taken responsibility, and I love him more than words can express," Ami Bera said after his father's sentencing according to CBS Sacramento.

"I'm absolutely devastated and heartbroken for how today's decision will impact our entire family."

Democrat Ami Bera, a 51-year-old doctor who converted to the Universalist Unitarian Church, was re-elected in 2014 with a slender margin of just 1,455 votes from a constituency that covers parts of California's state capital, Sacramento.

In this year's selection he faces a tough battle against the influential local Republican Sheriff Scott Jones, who is turning the Babulal Bera's conviction into an election issue, the Sacramento Bee reported.

"Jones, who has repeatedly suggested his rival knew about the illegal fundraising from the beginning and let his father take the fall, this week proposed a set of campaign finance changes to 'root corruption out of politics and expose conflicts,'" the daily said.