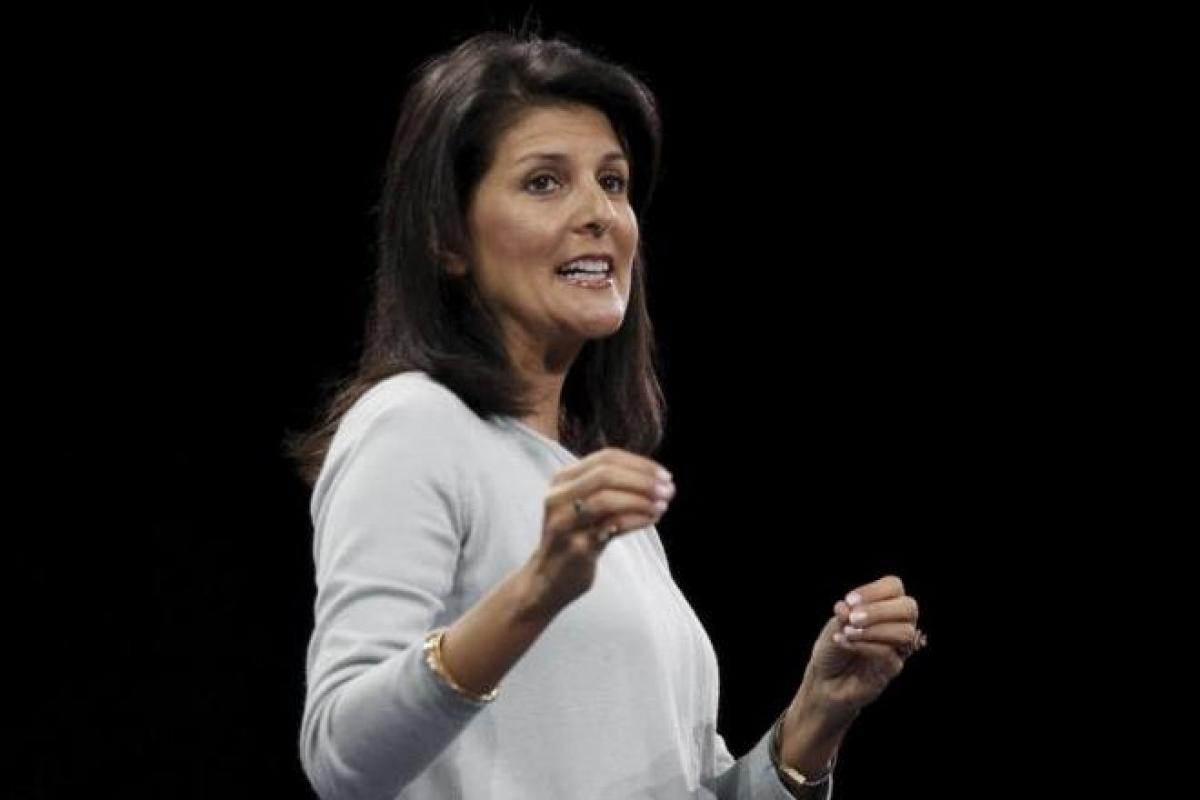 Cutting across party-lines, Indian-Americans in the US has hailed President-elect Donald Trump for nominating Nikki Haley as US envoy to the United...

Cutting across party-lines, Indian-Americans in the US has hailed President-elect Donald Trump for nominating Nikki Haley as US envoy to the United Nations.

If confirmed, Haley, 44, would be the first ever Cabinet-level official to ever serve in any US presidential administration.

This would not only bring the Indian-American community closer to the Republican party, but further strengthen India-US relationship, said Sampat Shivangi, an old-time Republican leader, who holds the distinction of attending the last four Republican National Convention. "This is a masterstroke. Now India has a friend at the highest world body. May be in securing India's rightful place at the UN Security Council and other important matters. One thing to admire about Haley she has not forgotten her roots or heritage," Shivangi said.

Haley is a great choice for the UN Ambassador post, said M Rangaswami, a Silicon Valley-based Indian-American entrepreneur. "She has had prior experience in South Carolina with foreign companies and governments. Nikki has been to India and has a good relationship with Prime Minister Narendra Modi," he said.

"The Indian-American community is excited that we now have someone at the cabinet level in the US government for the very first time!" he added. "It's a proud moment for all Indian-Americans on President-elect Trump's choice of Governor Nikki Haley as US ambassador to the United Nations," said Puneet Ahluwalia, who was advisor to the Trump Campaign on Asia Pacific Islanders committee. "Haley's appointment -- her Indian and Sikh heritage -- is a clear indication of inclusivity for the incoming administration. The President-elect is uniting the party and getting competent leaders with proven track record to serve in his administration," Ahluwalia said.

"Trump's nomination of Nikki Haley to be our ambassador to the UN and to sit at the Horse Shoe table of the Security Council, a cabinet level position, has taken my breath away as I celebrate the highest milestone for the Indian-American community and the inherent trust that America has in her citizens' love of America and our cherished Constitution," said Ravi Batra, a top Indian-American attorney in New York.

Welcoming the appointment of Haley, Ashok Mago from Texas said this is just the beginning. "Governor Haley has done a tremendous work as South Carolina's first female and Indian American Governor and she will surely succeed as the top diplomat at the United Nations," said Sanjay Puri, chairman of the US India Political Action Committee (USINPAC). USINPAC has been working with the Trump transition team to make sure that qualified Indian Americans have the opportunity to serve in the Trump administration, Puri said.

Last week, USINPAC had hosted Congressman Lou Barletta, and Matt Keelen, a republican strategist and consultant for the Trump campaign, for a google hangout. In addition to Haley, Keelen said Trump is also considering the former Indian-origin governor of Louisiana Bobby Jindal for a position in his administration.

Keelen said Trump understood the importance of US-India ties, as the two nations share the same values, face the same issues with terrorist attacks on their soil. "Of course Haley fully deserves this honour and Trump honouring her with such a coveted position he has honoured India and Indian Americans in recognising their contributions to their country USA," Shivangi said.

Batra said with the appointment of Haley, Trump declares that America will no longer act insecure and "engage in John Boltonesque war lust or arrogance," and in its place use Charm and Respect as it's preferred diplomatic arsenal.