US: Father of missing Indian girl arrested day after a child's body found 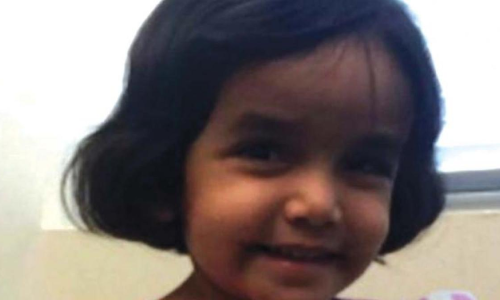 -'He provided an alternate series of events from what he had previously given us,-' Perlich said.

Wesley Mathews, father of missing three-year-old adopted Indian girl Sherin Mathews has been arrested, a day after body of a small child was found in a culvert, less than a mile from the family's home.

Sherin Mathews, who has developmental issues and limited verbal communication skills, was last seen outside her family's backyard in Richardson city in Texas on October 7 after her Indian-American father Wesley Mathews upbraided her and sent her alone outside late at night as punishment for not finishing her milk.

Wesley was arrested on Monday evening and faces charges of injury to a child, Police Sgt. Kevin Perlich said.

On Monday, Wesley and his attorney voluntarily arrived at the Richardson police station and shared a different account of the girl's disappearance than his original statement, Perlich said.

"He provided an alternate series of events from what he had previously given us," Perlich said.