Number of Indians studying in US up by 5.4 per cent since last year: Report 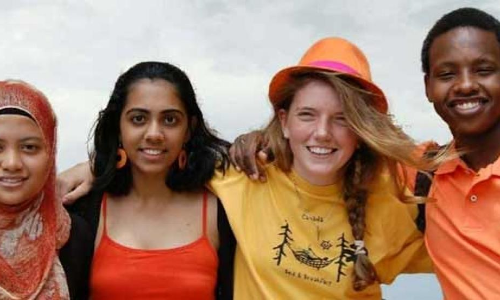 The number of Indians studying in the United States has increased by 54 per cent since last year, according to the 2018 Open Doors Report on International Educational Exchange, released here on Tuesday

New Delhi: The number of Indians studying in the United States has increased by 5.4 per cent since last year, according to the 2018 Open Doors Report on International Educational Exchange, released here on Tuesday.

According to the report, a total of 1,96,271 Indians are at present studying in the US and this is the fifth consecutive year during which their strength has grown. "Looking at the past 10 years of data, the number of Indians going to the United States has doubled. The reasons are clear, Indian students are looking for a great education and the United States continues to offer this," Joseph Pomper, Minister Counselor for Consular Affairs, said at the report launch.

The report noted that Indians make up nearly 18 per cent of all international students in the United States, surpassed only by China. "India provided the second highest amount of graduate students and fourth-most undergraduates. Also of note, the number of American students studying in India increased to 4,704 – 12.5 percent more than the year before," it said, adding the top places of origin for international students studying in the US were China, India, South Korea, Saudi Arabia, Canada, Vietnam, Taiwan, Japan, Mexico, and Brazil.

The top host states are California, New York, Texas, Massachusetts, Illinois, Pennsylvania, Florida, Ohio and Michigan. "We are thrilled to see a significant increase in the number of American university students choosing India as a study abroad destination. The student exchange programs are one of the best ways to foster meaningful relationships and promote mutual understanding between American and Indian citizens," said Adam Grotsky, Director of United States - India Educational Foundation (USIEF).

Open Doors Report is published by the Institute of International Education (IIE), which has conducted an annual statistical survey on international students in the United States since its founding in 1919 and in partnership with the US Department of State's Bureau of Educational and Cultural Affairs since 1972.