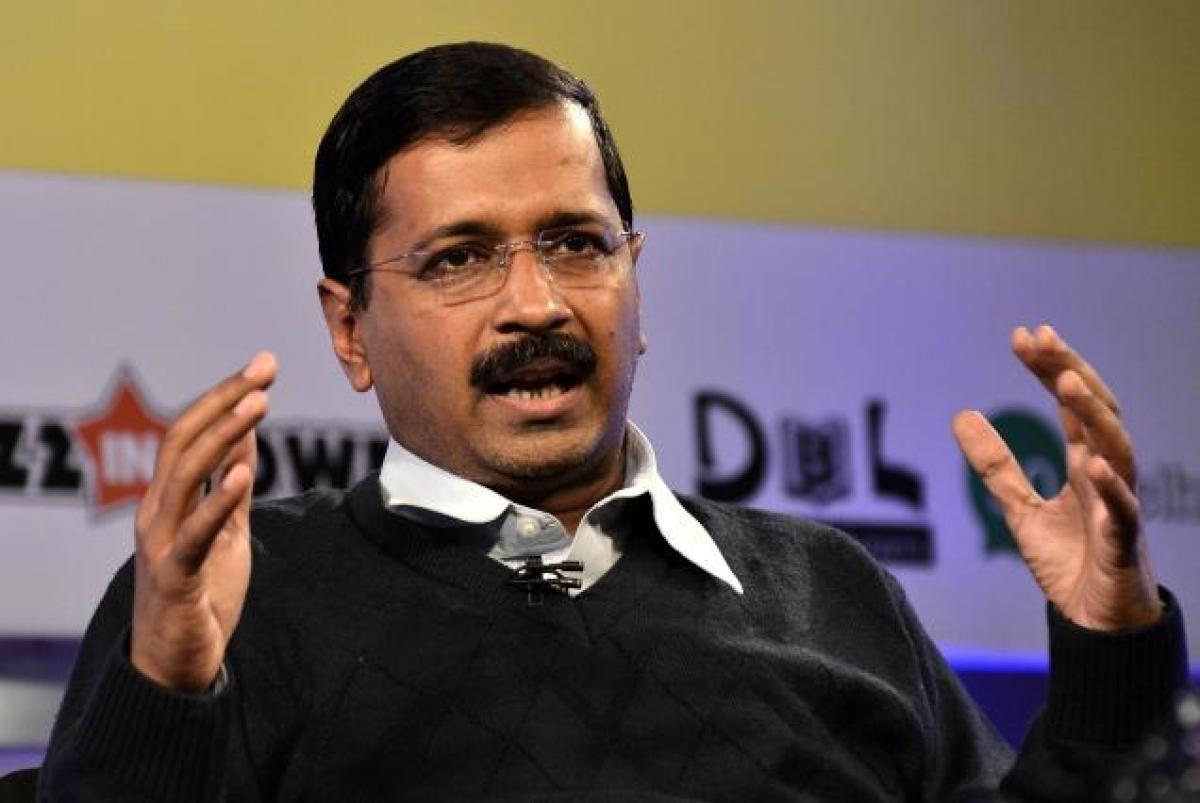 Chief Minister Arvind Kejriwal asked five ministers, including his deputy Manish Sisodia, on Thursday, to submit action plans for uprooting \"scourage of corruption\" from their departments within one week, focussing specially on critical areas pointed out in the CMS-India Corruption Study. New Delhi: Chief Minister Arvind Kejriwal asked five ministers, including his deputy Manish Sisodia, on Thursday, to submit action plans for uprooting "scourage of corruption" from their departments within one week, focussing specially on critical areas pointed out in the CMS-India Corruption Study.

The chief minister's move comes around a week after CMS-ICS revealed that at 45 per cent Delhiites believe that there has been a decrease in the corruption in state government-governed services, but there are some departments where corruption has been found evident. Mr Kejriwal has written to Education and Revenue Minister Manish Sisodia, Health and Power Minister Satyendar Jain, Transport Minister Gopal Rai, Water Minister Kapil Mishra and Food & Supplies Minister Imran Hussain.
"As you (all five ministers) are aware, our government maintains a zero tolerance approach towards corruption in public life. "It is, therefore, requested that a detailed action plan may be drawn to uproot the scourage of corruption from the departments under your charge, focussing specially on the critical areas pointed out int the CMS-India Corruption Study-2015 report. I look forward to receive the action plan within one week," Mr Kejriwal said in his letter to all ministers.
The chief minister said that the critical areas vulnerable to corruption (as mentioned in the study) in respect of departments have been identified as - to get new driving license and commercial driving license, renewal of driving license, getting of new ration cards, paid more but got less quantity of entitled food grains, deletion/addition of names in the ration card.
The areas pointed by Mr Kejriwal also include - getting beds in hospitals and new electricity connection, availing of diagnostic services, getting of water tankers from Delhi Jal Board, installation of piped water supply, admission in government school of choice and private schools under EWS category, installation of shop and vending unit, getting of birth and death certificates etc.
Study report released on October 21 had stated that 45 per cent respondents said that corruption in state government-governed services has decreased while 20 per cent of them felt it had increased in one last year. "Also nearly 30 per cent of Delhi households had paid a bribe at least once during the last 12 months and nearly 45 per cent of these households belonged to lower income groups," it had said.
"Driving license, Department of Transport is identified by households in Delhi as most corrupt (26 per cent) while electricity/ water supply (2 per cent each) as least. "Teh bazari/ hawking permit is identified as most corrupt (32 per cent) while sanitation, garbage collection as least corrupt (8 per cent)," it had added.
Show Full Article
Email ArticlePrint Article
More On