No world without India: Zuckerberg 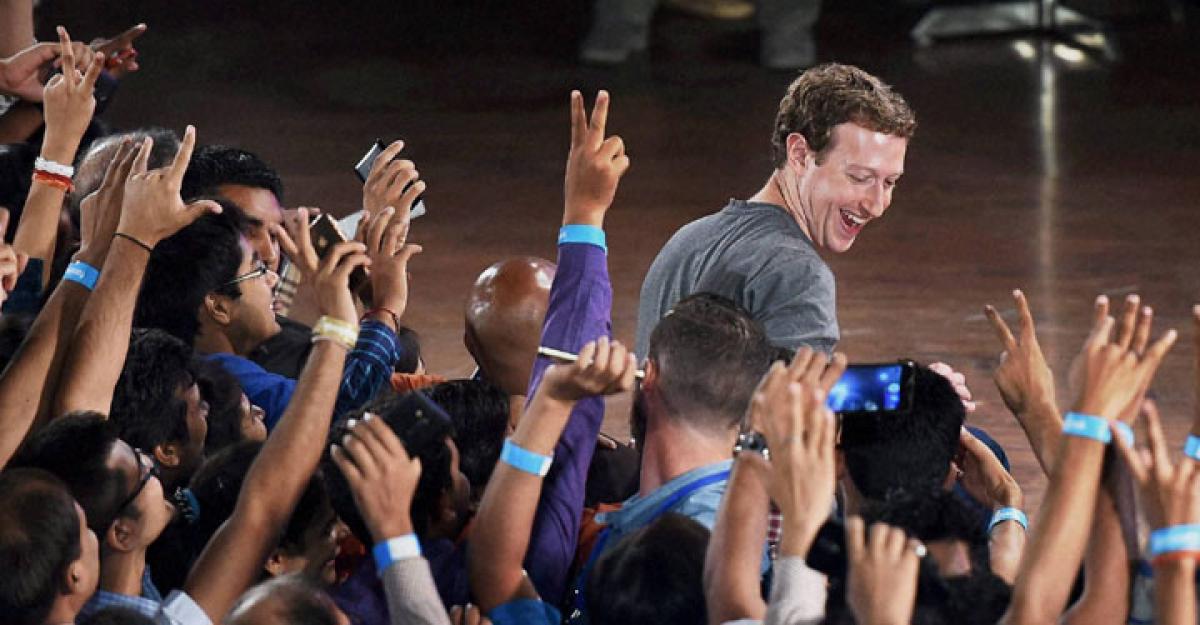 India is central to our plans of connecting the next billion people and then the whole world. You cannot overlook India if you want to connect the world "It is very important to connect people in India (one of the largest democracies) as it is central to our plans of connecting the next billion people and then the whole world," Zuckerberg said during Town Hall-like interactive session at the Indian Institute of Technology (IIT) Delhi. "India is one of those countries which you cannot overlook if you want to connect the world," he said.
"We have opened schools in Africa with internet capable infrastructure to give a boost to education quality and we are evaluating plans to open such schools in India in the future," the chief executive of Facebook said. Explaining the Internet.org initiative and India's need for an open internet platform, Zuckerberg said the platform via its free basics programme aims to solve three problems of connecting to the internet -- availability, affordability and awareness.
"We are trying to aid availability by streaming internet via satellites. In terms of affordability, free basics is free to use and also low on data consumption. Users are not forced to pay for the service," Zuckerberg said. "Awareness can be created by free basics as it helps first time users understand the power of the internet and gives them a choice to later adapt to it," he said.
Talking about the energy in Indians, Zuckerberg praised IIT Delhi students and said that the education they receive will help them make anything they want. When asked about the entrepreneurs in India, the chief executive, who is a role model for many techies, said Facebook was doing its best to provide low-cost tools to entrepreneurs here.
"No entrepreneur should start a company with work in focus, he should think of doing some good which will help him leverage the flexibility in the original idea," Zuckerberg said, adding that companies with more than one founder stands greater chance of success. India currently has one of the largest entrepreneur ecosystem in the world along with the largest number of medium and small enterprises.
Show Full Article
Email ArticlePrint Article
More On