SC notice to MP Guv on plea seeking his removal 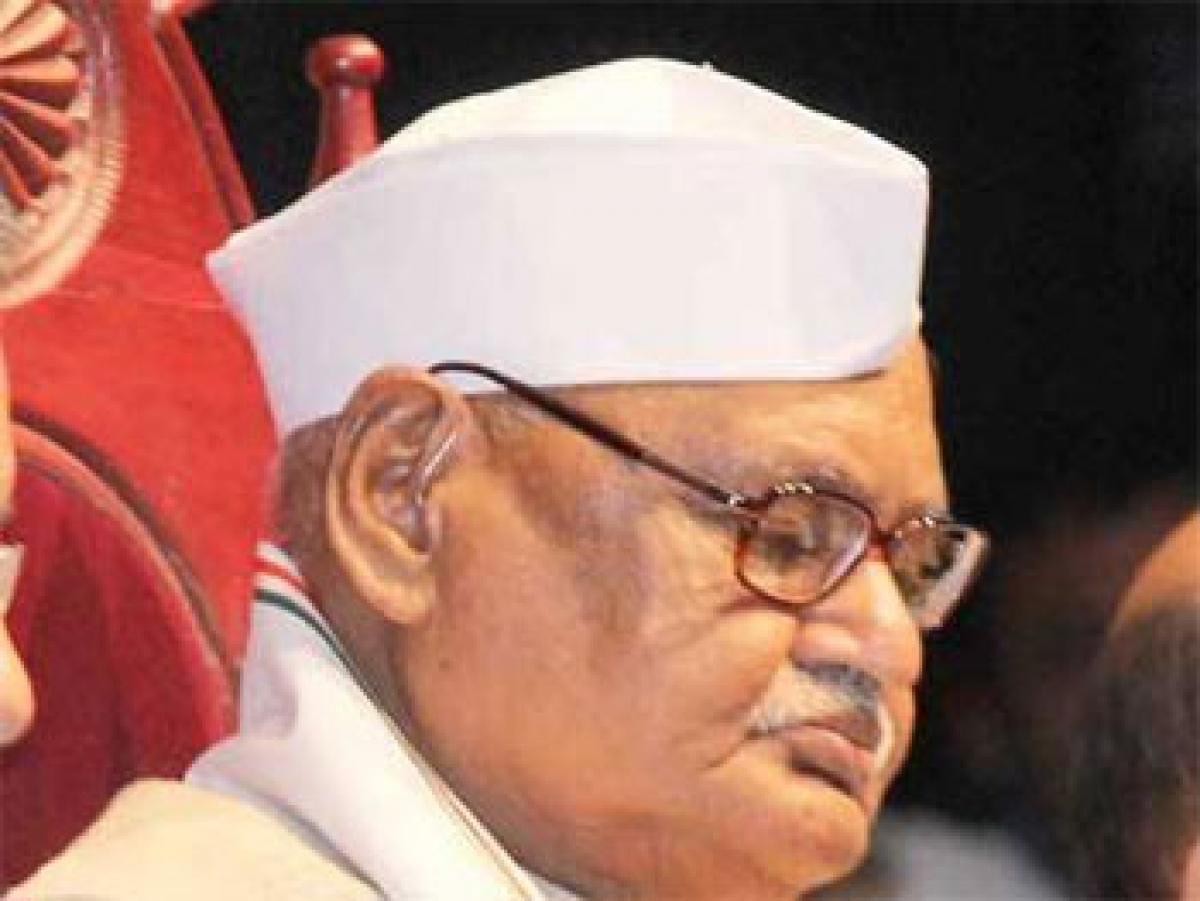 The Supreme Court on Friday issued notice to Madhya Pradesh Governor Ram Naresh Yadav on a plea seeking his removal for his alleged involvement in forest guard recruitment scam - one of the cases in the Vyapam scam.

New Delhi: The Supreme Court on Friday issued notice to Madhya Pradesh Governor Ram Naresh Yadav on a plea seeking his removal for his alleged involvement in forest guard recruitment scam - one of the cases in the Vyapam scam.

The apex court bench of Chief Justice HL Dattu, Justice Shiva Kirti Singh and Justice Amitava Roy issued the notice to Yadav even as senior counsel M.N. Krishnamani told the court that notice could not be issued to the governor as he was protected and enjoyed immunity under Article 361 of the Constitution.

Directing the listing of the matter after winter break, the apex court told Krishnamani that he could seek the recall of the order if he felt that it was flawed. Gwalior-based petitioner lawyers Sanjay Shukla, Sanjay Kumar Mishra, Manas Dubey, Rajeev Sharma and Uma Charan Sharma have sought direction to the central government to initiate a "proposal for the withdrawal of pleasure of the President under Article 156(1) of the Constitution of India for facilitating removal of a Ram Naresh Yadav as governor of Madhya Pradesh".

While seeking the removal of the governor, the petitioners' lawyers - senior counsel Kapil Sibal and Vivek Tankha - urged the court to lay down the "guidelines for removal/withdrawal of pleasure of the president in cases of physical or mental disability, acts of corruption or moral turpitude or behaviour unbecoming of a governor".

Sibal and Tankha assisted by advocates Varun Tankha, Sumeer Sodhi and Aman Nandrajog urged the court to issue notice to Governor Yadav who has been made a party in person even as Krishnamani opposed the plea. The apex court on July 9 issued notice to Yadav on the plea that challenged the Madhya Pradesh High Court order quashing the FIR against the governor for his alleged involvement in forest guard recruitment scam on the grounds that he enjoyed immunity of the constitutional office he was occupying.