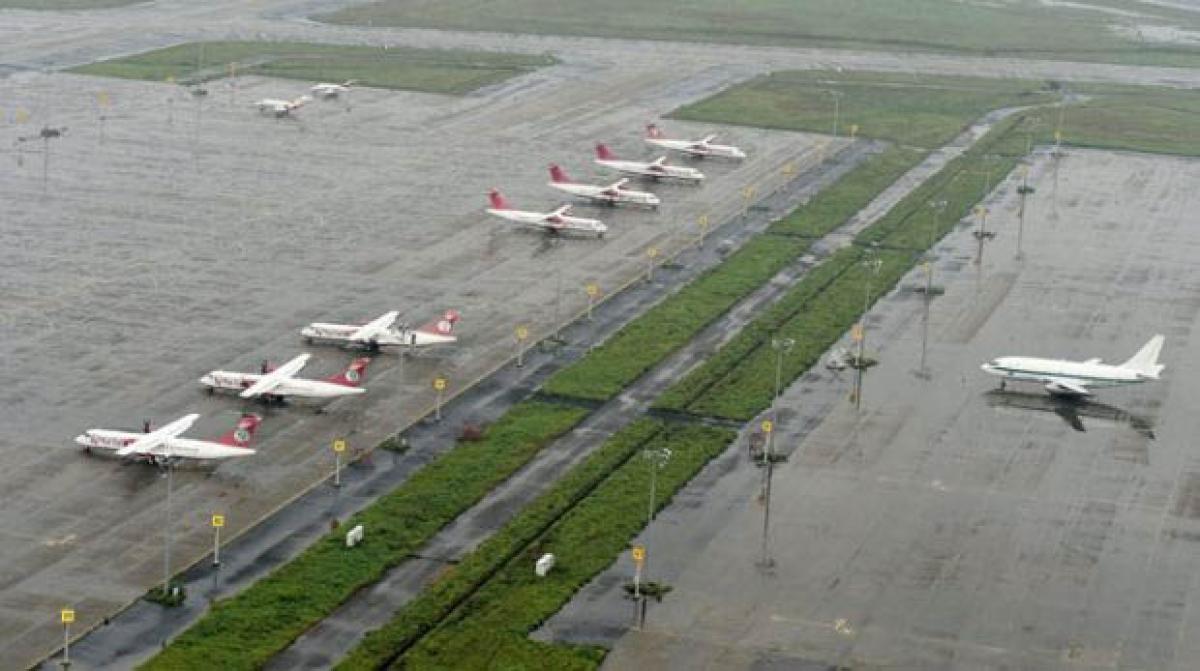 The Chennai Airport became fully operational from Monday morning, as airliners resumed their domestic and international flights. However, schools and colleges in the city remained closed as the Met department predicted more rain. Power supply has been restored in several areas of Chennai.

The Chennai Airport became fully operational from Monday morning, as airliners resumed their domestic and international flights. However, schools and colleges in the city remained closed as the Met department predicted more rain. Power supply has been restored in several areas of Chennai.

Civil Aviation authorities said the airport that was shut down last Wednesday due to heavy inundation is now ready for operation day and night.
"We are happy to announce that it has been decided to resume the round the clock services, all weather operations from 6 a.m. December 7. In other words, from 7th December, 2015, normal operations of Chennai Airport i.e. both Domestic and International flight operations will start operating," said a statement released by Chennai Airport Director Deepak Shastri.
With this, the city has got integrated with all modes of transport that were hugely affected by the recent floods.
Also read:Met dept forecasts moderate rains; domestic flight operations from Chennai airport to resume today
Also read:Rains to continue in coastal Tamil Nadu: MeT dept
With water receding in most parts of rain-battered Chennai and its suburbs, the focus is now on clearing the various areas of the waste and muck left behind along with rehabilitation of affected people.
Scores of workers have been deployed by the Corporation of Chennai and other civic bodies to clear debris from the affected parts. The state government has brought in workers from other districts for this purpose.
The unprecedented deluge has caused unforeseen havoc and devastation to property, with flooded houses stinking after the water receded. Waste and sludge are deposited in many places such as the worst-affected Kotturpuram.
Water in suburban areas like Mudichur is yet to completely recede though bright sunshine on Monday morning brought hope to the people. Various parts of the city had witnessed sharp showers on Sunday also.
Milk supply, which had remained erratic last week, was being restored and officials announced helpline numbers to file complaints in case the essential commodity was sold for exorbitant rates, which was witnessed last week.
The government deployed a battery of medics to distribute preventive medicine for flood victims. They said that medicines were being distributed to people mainly to safeguard them against diarrhoea and other water-borne infections.
Train and bus services were slowly returning to normal even as the recently launched Metro Rail continued enjoying good footfall.
Southern Railway announced cancellation of Monday's 10 outbound inter and intra-state trains to various destinations, including Delhi and Mumbai due to "operational reasons".
Educational institutions in Chennai, Kancheepuram and Tiruvallore remained closed even as the private sector, including IT services, were either partially closed down or asked their employees to work from home.
Cuddalore, which had received heavy rainfall on Saturday and Sunday, witnessed severe inundation in various parts, prompting deployment of Army for rescue operations.
Show Full Article
Email ArticlePrint Article
More On